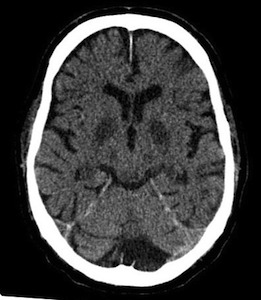 A federal district judge denied most of a motion to dismiss brought by several defendants in a birth injury lawsuit filed by the father of a child born with cerebral palsy and other severe injuries. The lawsuit alleged that physicians and nurses employed by the government were negligent in the treatment of the child’s mother, who was a federal prison inmate during much of her pregnancy and at the time of the child’s birth. The court granted the motion to dismiss as to one defendant, but it held that state sovereign immunity laws do not shield the remaining defendants from liability.

The child’s mother was incarcerated at the Kankakee County Detention Center (KCDC) in Kankakee, Illinois, where the federal government had an agreement to house inmates, during the third trimester of her pregnancy. She had a history of placental abruption and hypertension, and she had given birth to a previous child by cesarean section. On September 22, 2009, she experienced a placental abruption and gave birth to a child later that day. The child was born with “serious and permanent injuries,” including cerebral palsy, spastic quadriplegia, severe hypoxic ischemic encephalopathy, and brain damage.

The father filed suit against multiple defendants, including the U.S. government, Kanakee County, the Kanakee County Sheriff as warden of KCDC, the Kanakee County Sheriff as “a body politic,” the Kanakee County Chief of Corrections, and several doctors and other medical professionals involved in the birth. Among the many counts of negligence alleged in the lawsuit were negligence in the management and treatment of the pregnancy, prenatal care, monitoring of the fetus during pregnancy, diagnosis and treatment of the placental abruption, and diagnosis and monitoring of the fetus during labor. The plaintiff sought to recover damages for past and future medical expenses under state law, as well as other compensatory damages. He further alleged “willful and wanton conduct” on the part of the defendants.

The County Sheriff, both in his capacity as warden of KCDC and as a “body politic,” moved to dismiss the plaintiff’s claims, along with the Chief of Corrections and the “medical defendants.” The court granted the motion as to “the Sheriff of Kanakee County, a body politic,” finding that the claims against the Sheriff’s office were duplicative of the claims against the Sheriff as warden of KCDC.

The court denied the motion as to the Sheriff-as-warden and the Chief of Corrections, rejecting their argument that medical malpractice claims and the associated standards of care should not apply to them. While the court acknowledged that the argument had “traction,” it held that the plaintiff’s claims could be construed as ordinary negligence as it pertained to these two defendants.

The birth injury attorneys at Wais, Vogelstein, Forman, Koch & Norman have represented individuals and families in Maryland and Washington, D.C. for more than 20 years. We help our clients pursue claims for injuries caused by the negligence of doctors and other medical professionals. To schedule a free and confidential consultation to see how we can help you, please contact us today online, at (410) 567-0800 in Baltimore, or at (888) 952-9669 in Washington DC.