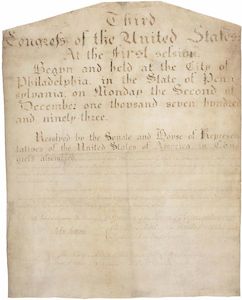 The laws governing birth injury and other medical malpractice lawsuits vary widely from state to state, but every state in the country, as well as the federal government, follows the doctrine of “sovereign immunity.” This rule prohibits lawsuits against the state, unless the state consents to liability on specific issues. For medical malpractice and other personal injury lawsuits, statutes like the Maryland Tort Claims Act (MTCA) define the circumstances in which plaintiffs may sue a state-run hospital or other government entity. Some recent court decisions in birth injury cases demonstrate the wide range of standards for waiving sovereign immunity. The Ohio Supreme Court, ruling in Riffle v. Physicians & Surgeons Ambulance Serv., Inc., held that a lawsuit alleging birth injuries and wrongful death fell under an exception to state immunity. A woman in her third trimester of pregnancy called 911 because of severe bleeding. The Akron Fire Department EMS dispatched a team of first responders, who reportedly took the woman’s vitals but did not assess the condition of the fetus, and called a private ambulance service instead of transporting the woman to the hospital themselves. By the time she arrived at the hospital, doctors diagnosed fetal bradycardia and performed an emergency cesarean section. They later determined that a placental abruption had occurred, which caused the bleeding. The child died three days later.

The woman and her husband sued the ambulance company and the city, claiming that the failure to diagnose her condition and transport her to the hospital caused the child’s death, and that the first responders engaged in “willful or wanton misconduct.” The city moved to dismiss on sovereign immunity grounds, but the court found that state law provides a specific exception to immunity for medical-emergency personnel who engage in willful or wanton misconduct.

A different result occurred in Univ. of Tex. Med. Branch v. Qi, when a Texas appellate court ruled that a state-owned hospital was immune based on the nature of the alleged negligence. The plaintiff gave birth to a stillborn infant, and alleged in her lawsuit that hospital staff misread diagnostic test results and therefore failed to diagnose preeclampsia. Texas law includes an exception from immunity for “personal injury or death so caused by a condition or use of tangible personal…property.” The court, applying a remarkably strict interpretation of the statute, held that the plaintiff did not allege that hospital staff used the medical equipment negligently, or that the equipment malfunctioned, but rather that they misused the information produced by the equipment. This, the court ruled, did not fall within an exception to the state’s immunity.

Maryland law differs from Ohio and Texas in several important ways. The MTCA generally waives immunity for tort actions against the state or its political subdivisions, such as cities and counties, but it establishes numerous exceptions and caps damages at $200,000 per claimant and occurrence. It also specifically excludes damages for injuries resulting from incidents in which state personnel acted with “malice or gross negligence.”

The birth injury attorneys at Wais, Vogelstein, Forman, Koch & Norman have between them more than 100 over 200over 200 years of combined experience pursuing claims for injuries caused by the negligence of doctors and other medical professionals in Maryland and Washington, D.C. To schedule a free and confidential consultation with a knowledgeable advocate, please contact us today online, at (410) 998-3600.