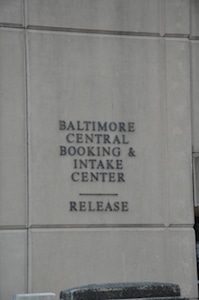 A federal lawsuit by a prison inmate claims that prison officials denied her adequate medical care. Lester v. Hickson, et al, No. 1:13-cv-01118, complaint (D.N.M., Nov. 20, 2013). The case also demonstrates how medical malpractice can intersect with civil and constitutional rights. Medical professionals must maintain the same standard of care for inmates. When the care provided to a prisoner falls below the level of negligence, to the point that it appears deliberately and maliciously inadequate, it may even violate the U.S. Constitution’s prohibition on cruel and unusual punishment.

The plaintiff, who is 73 years old and suffers from thyroid cancer and bipolar disorder, pleaded guilty to embezzlement in 2010. She began serving a three-year prison term in December 2010 at a facility operated by Corrections Corporation of America (CCA) under a contract with the state of New Mexico. Another private corporation, Corizon, had a contract with the state to provide medical care to inmates.

The plaintiff alleges that prison officials did not let her continue taking her usual cancer medications, and that the substitute medications made her sick. She was given Zantac for the side effects of the medication, which she says caused a false positive for methamphetamine during a drug test. Her health condition worsened. After another positive drug test, despite reportedly having no history of illegal drug use, she was placed in solitary confinement for thirty-four days. During that time, she claims the prison withheld all of her medication.

The lawsuit names the two corporations and several officials as defendants, and includes federal and state due process claims for inadequate medical care and a state claim for negligent maintenance of a medical facility. It alleges that the defendants were negligent in failing to provide necessary medications and potentially life-saving medical care, failing to provide adequate mental health care, and failing to investigate her claim that the Zantac caused false positive drug test results.

A claim like this brought in Maryland would have to satisfy all of the requirements under state law for a medical malpractice claim. This includes producing a certificate of merit and report from an expert who will state that the defendant breached a standard of care. A federal court, applying Maryland state law, recently dismissed an inmate’s medical malpractice claim for an insufficient certificate of merit. Grabill v. Corizon, Inc., No. 1:13-cv-00039, memorandum (D. Md., Aug. 1, 2013). An appeal of that case is pending.

Proving a constitutional violation is even more burdensome. To rise to the level of “cruel and unusual punishment,” a plaintiff must prove “unnecessary and wanton infliction of pain” that is repugnant to the conscience of mankind.” Estelle v. Gamble, 429 U.S. 97, 105-06 (1976). As Justice Marshall noted in Estelle, “medical malpractice does not become a constitutional violation merely because the victim is a prisoner.” Id. at 106.

Wais, Vogelstein, Forman, Koch & Norman’s medical malpractice attorneys have represented Maryland patients and their families for over twenty years, helping them obtain compensation for losses and injuries resulting from the negligence or unlawful conduct of medical professionals. We have recovered millions of dollars in damages for our clients through verdicts and settlements. We are available 24/7 and can visit you in your home or at the hospital. To schedule a free and confidential consultation, contact us today online, at (410) 567-0800.