A military hospital at Fort Hood, Texas recently settled a birth injury lawsuit for $6.5 million. The case involved a brain injury that the parents claimed could have been avoided if the hospital employees had responded sooner. 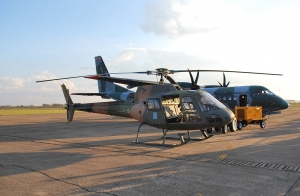 The situation began in September 2008, when Kassie Rivera was pregnant with her and Higinio Rivera’s first child. The Riveras claimed that physicians at Darnall Army Medical Center ignored evidence that oxytocin used to induce labor was causing Kassie’s contractions to be overstimulated, which in turn caused severe distress to the fetus. Yet the hospital physicians did not immediately deliver via Caesarian section, and when Haiden Rivera was born, he did not cry, move about, or drink out of a bottle. After three days, the baby boy was air-lifted to the military hospital on Lackland Airforce Base in San Antonio.

Kassie claimed that during her labor, Darnall nurses would turn off the oxytocin when it appeared to decelerate the fetal heart rate, but physicians would insist that the oxytocin be turned back on — even after fetal monitors demonstrated that the fetus was in distress. The Riveras argue that this type of situation would normally result in ceasing the oxytocin and performing a Caesarian. Instead, as a result of the physicians’ alleged failure to react appropriately, Haiden suffered severe brain damage due to oxygen deprivation, as well as other injuries. To this day, Haiden is nonverbal, unable to walk, and must be fed through a tube.

Although the Rivera family says that Haiden’s life is happy, just different, they believe that the settlement money will make a big difference in the quality of Haiden’s life. It will ensure that no matter what happens to Haiden’s parents, he will still receive good care. Haiden’s parents note that, as a result, they no longer feel the constant worry that they have felt since Haiden’s birth. Kassie notes that she has a sense of pride, knowing that she fought for her son and that justice finally prevailed.

Failure to properly monitor a fetus and respond appropriately if something is wrong can lead to severe, irreversible injury or death. This includes the development of cerebral palsy and retinopathy of prematurity. That is not even considering the serious injuries that can take place during even normal births, such as nerve injuries from forceps. When a baby suffers a serious, irreversible injury, families may file medical malpractice lawsuits in order to get enough money to pay for the extensive care that the baby will need throughout his or her life, as well as medical bills. In Maryland, if a minor is considering filing a medical malpractice lawsuit, he or she has until the age of 21 to do so. If you live in Maryland or Washington, D.C. and are interested in filing a lawsuit, contact a Baltimore birth injury attorney to find out more.