Australian Midwife in Hiding Ordered to Pay $6.6 Million to Family Whose Son Suffered a Birth Injury

This past month, an Australian midwife was ordered to pay $6.6 million (Australian) in damages to a family whose son was left with severe physical and intellectual disabilities after a home birth gone wrong. 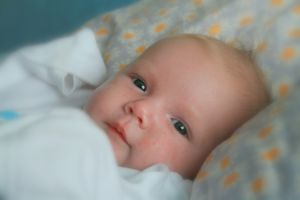 Earlier in 2013, the New South Wales Supreme Court upheld a judgment in a civil suit against 68-year old Akal Khalsa, brought by the family of Will Patterson, a six year old with quadriplegic cerebral palsy. His family claimed that the cerebral palsy was due to a prolonged home birth in 2006, which resulted in Will being deprived of oxygen for a lengthy period of time. The Supreme Court found that Khalsa was negligent both for recommending a home birth and for her conduct during the birth. Khalsa’s defense was thrown out after she withdrew from the case, claiming that she had no money to fund it, and had minimum income and no fixed address.

Khalsa disappeared soon afterward, not appearing at a hearing that had been scheduled to determine how much she should pay, or whether her assets should be frozen. In June, Justice Peter Garling of the Supreme Court issued a statement that it appeared Khalsa deliberately failed to comply with the Court’s order. He then put forth a warrant for her arrest. To this date, Khalsa’s whereabouts remain unknown, but Justice Garling still issued an order for her to pay $6.6 million. The amount was based on the estimate of how much it would cost to provide Will Patterson with care throughout his lifetime, as well as any lost future income. Justice Garling noted that his injuries rendered him an “extreme” case. However, given that Khalsa is not only missing, but uninsured, it is questionable whether Patterson’s family will ever see any of the money.

Khalsa is still registered with the Australian Health Practitioner Regulatory Agency, but is listed as non-practicing. Likewise, Khalsa’s website states that she is no longer practicing — but also that she is available to make overseas trips for those living in countries who do not have the option of choosing a midwife.

Cases like this one, as well as the recent situation where Baltimore’s Mercy Medical Center severed long-term ties with a midwife group due to higher malpractice costs, highlight how midwifery can sometimes be a delicate situation. For those who want an alternative to hospital medicine, the midwife experience may be more personal and often quite rewarding. However, like all care given by medical professionals, it must adhere to the reasonable standards of the profession. If it does not, those who are injured or their families have the option of filing a medical malpractice lawsuit. In Maryland, minors have until the age of 21 to file. Contact a Baltimore birth injury attorney to learn more.