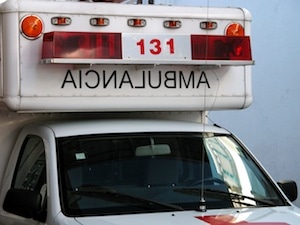 The Georgia Court of Appeals upheld a jury verdict that found that a misdiagnosis resulted in the loss of the plaintiff’s legs and awarded her $5 million. The defendants argued on appeal in Howland v. Wadsworth that the trial court committed several reversible errors, including allegedly confusing jury instructions and wrongful denial of their motion for directed verdict, which attempted to raise a question of whether the plaintiff had to prove ordinary negligence or “gross negligence.” The appellate court rejected these arguments and allowed the verdict to stand.

In November 2008, the plaintiff, who was 61 years old at the time, was feeling progressively worse pain in her feet. She noticed one morning that her feet were cold, and that she couldn’t keep them warm. She called 911 when the pain prevented her from walking. A paramedic in the ambulance noted her history of hypertension and diabetes. Emergency room staff classified her as “non-urgent,” and a physician’s assistant eventually examined her. After a series of tests, he diagnosed her with cellulitis. His supervising physician signed off on the diagnosis, but did not personally examine the plaintiff. They discharged her with prescriptions for antibiotics and pain medications. Twelve hours later, an ambulance responded to another emergency call, and found her in her home, unresponsive. Test revealed total blockages in the arteries behind her knees. Her legs were determined not to be salvageable, and were amputated below the knees.

The plaintiff filed a lawsuit against the physician’s assistant, the supervising physician, and the company that employed them and contracted their services to the hospital. She claimed that the defendants negligently failed to diagnose her condition properly, resulting in the loss of her legs. The defendants moved for a directed verdict before the jury began deliberating, arguing that the plaintiff’s cause of action involved “emergency medical care,” which, under Georgia law, requires proof of “gross negligence” by clear and convincing evidence, and that the plaintiff did not meet this burden of proof.

The plaintiff responded by arguing that her care did not fit the legal definition of “emergency medical care,” so she was only required to prove negligence by a preponderance of evidence. A negligence claim requires proof that a defendant breached a duty of care to the plaintiff that caused the plaintiff’s injuries and resulted in measurable damages. Gross negligence usually requires further proof of recklessness or carelessness on the part of the defendant. The trial judge denied the directed verdict motion, and the jury found the defendants liable for ordinary negligence and awarded the plaintiff $5 million. The appellate court found that the trial court did not err by leaving the question of whether or not the treatment was “emergency medical care” to the jury, by denying their motion for directed verdict, or by instructing the jury on the various standards of care and burdens of proof.

Medical professionals must maintain high standards of care towards their patients. When a doctor or other medical professional breaches this duty of care, such as with a misdiagnosis, surgical error, or medication error, the patient may recover damages for injuries and other losses. The medical malpractice attorneys at Wais, Vogelstein, Forman, Koch & Norman protect the rights of Maryland patients and their families. We are available 24/7 and can visit you in your home or at the hospital. Please contact us online, at (410) 567-0800 to schedule a free and confidential consultation.