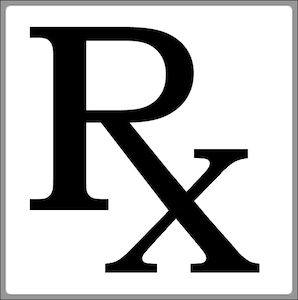 A doctor’s handwriting, combined with a hospital pharmacy’s failure to notice an erroneous prescription, caused a patient’s death, according to a jury in San Antonio, Texas. The family of a woman who died after receiving a fatal dosage of potassium during recovery from surgery sued the doctor and the hospital for medical malpractice and wrongful death. The doctor’s case went to trial after the plaintiffs settled with the hospital. The jury returned a verdict against the doctor, but also determined that the doctor was only ten percent at fault in the patient’s death.

According to the San Antonio Express-News, 72 year-old Dalia Hernandez underwent surgery in November 2011 to amputate a toe on her left foot and her entire right foot. She was under the care of a kidney specialist, Dr. Flavio Alvarez, who wrote her a prescription for ten millimoles of potassium. When he later decided to increase the dose to twenty millimoles, he reportedly wrote the number “2” over the “1” on the original form, intending for it to show the number “20.” The hospital pharmacy dispensed a dosage of 120 millimoles of potassium, which proved fatal to the patient.

Hernandez’s five adult daughters sued Dr. Alvarez and the hospital in a Texas district court in 2012, seeking $1.25 million for their mental anguish and loss of companionship, $250,000 for Hernandez’s pain and suffering, and $19,000 for funeral expenses. At trial, the doctor reportedly admitted to negligence, but argued that the hospital bore a substantial part of the blame. The plaintiffs claimed that a dose of 120 millimoles of potassium is “very obviously fatal,” and the defense stated that the hospital bore a duty to clarify the doctor’s prescription, rather than simply dispensing such a large dosage.

A jury can apportion blame for an accident, and for any resulting injuries, among multiple defendants, or between defendants and plaintiffs. If a jury finds different percentages of fault among defendants, the court may apportion a damage award accordingly. In most states, if a jury apportions fault between plaintiffs and defendants, the court will reduce the damage award by the amount of fault attributed to the plaintiffs. This is known as “comparative negligence.” Maryland is one of the few states that still bars a plaintiff from recovery if they are in any way at fault, a doctrine known as “contributory negligence.” Texas, where the Hernandez trial took place, uses the comparative negligence doctrine. Dr. Alvarez’ attorneys argued that the hospital was at least seventy-five percent at fault.

The jury awarded the plaintiffs the requested amounts for Hernandez’s pain and suffering and her funeral expenses, totaling $269,000, but only awarded the plaintiffs $110,000 in mental anguish damages. It exceeded Dr. Alvarez’ request for apportionment of fault, finding that the hospital was ninety percent at fault in Hernandez’s death. The hospital settled with the plaintiffs for an undisclosed amount before the trial. The judge is therefore likely to reduce the amount of the award against Dr. Alvarez.

Wais, Vogelstein, Forman, Koch & Norman’s medical malpractice attorneys have represented clients in Maryland for over twenty years, helping them recover damages for losses and injuries resulting from the negligence of medical professionals. We have recovered millions of dollars in damages for our clients through verdicts and settlements. We are available 24/7 and can visit you in your home or at the hospital. To schedule a free and confidential consultation, contact us today online, at (410) 567-0800 in Maryland, or at (888) 952-9669 in DC.