Retinopathy of prematurity, also known as “baby blindness,” is a serious condition that causes blindness in babies born earlier than 30 weeks of gestation. This is due to the fact that their blood vessels have not yet formed — or formed abnormally if the premature babies were given oxygen that was not properly monitored. Without normal blood vessels, the retina may not receive enough blood and end up detaching, leading to blindness. 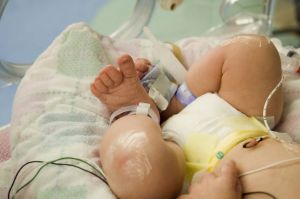 Those with retinopathy of prematurity may file a medical malpractice lawsuit if they or their parents believe that doctors’ behavior may have played a role. Such was the case with Tonika Williams, now 18 years old. Although Williams lives in Jamaica, her story is familiar to anyone in the United States who has faced a similar situation. Williams was born prematurely, weighing less than three pounds, in 1995. At birth, Williams was given oxygen due to respiratory distress and was eventually transferred to Bustamante Hospital for Children. Although she showed signs of problems with her eyes, the medical staff did not recommend that her parents take her to an ophthalmologist. Williams ended up going blind at six months of age.

Her parents took her overseas for treatment and learned from experts that, when a baby weighs less than three pounds, the medical staff must test for blindness within four to six weeks of birth (and usually much sooner). Williams’s parents then brought a multi-million-dollar lawsuit against the hospital, alleging negligence. The hospital finally accepted liability and settled out of court — a victory for the Williams family and one that led to changes in the way hospitals administered oxygen to prematurely born infants.

Today, Williams is successful in high school, and is planning to study subjects such as management of business, sociology, and economics in college. To take exams, Williams employs a reader, who reads the exam questions aloud to her, and sometimes a writer to transcribe her answers. Williams hopes to attend the University of the West Indies to pursue a degree in international relations. However, she is the exception to the rule as many of these children have great difficulty with work and employment as they grow up. Unfortunately, the statistics show near-total or total blindness can be a lifelong road block to gainful employment.

Fortunately, abnormal blood vessels stemming from too much oxygen is a rarer occurrence these days, because oxygen given to newborns is more carefully monitored. However, those living in Maryland who incurred blindness due to excessive oxygen after being born can hire a Baltimore birth injury attorney and file a lawsuit before they turn 21.