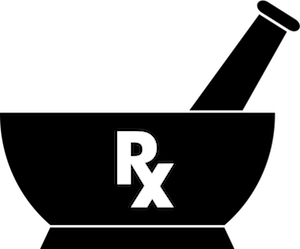 The death of a six year-old girl in Texas, resulting from a severe morphine overdose, has led to a medical malpractice lawsuit by her mother against the pharmacy that provided the medication. State law imposes a cap on the amount of damages she can recover, regardless of the circumstances of the case. Damage caps of some kind now apply to medical malpractice and other personal injury cases in more than half the states of the U.S., including Maryland. The cap is not as severe in Maryland as it is in Texas, but it still poses a hardship for many plaintiffs, who find themselves limited to a maximum damage amount that may not account for all the harm they have suffered.

According to the Houston Chronicle, Jadalyn Williams seemed relatively healthy until she died in early April 2012. She had suffered from sickle-cell anemia since birth, and had spent a week at a Houston hospital for treatment of leg pain related to her condition. Her doctor prescribed morphine sulfate, to be used as needed. Jadalyn’s mother, Simone Allen went to the same pharmacy she had used for years to fill the prescription. Following the instructions on the bottle, she gave Jadalyn 7.5 milliliters of the solution via an oral syringe. Allen put Jadalyn to bed a few hours later when she got drowsy, but Jadalyn never woke up. She was pronounced dead at 6:55 a.m. the next day, April 3, 2012.

Months later, Allen learned that her daughter had died of a massive morphine overdose. The pharmacy had accidentally mixed the morphine solution ten times stronger than the prescription. A single dose was fatal to the child. Allen filed a lawsuit against the pharmacy in August 2013, claiming that it negligently misfilled the prescription and caused her daughter’s death. Because the misfill was deemed an accident, Allen claims, it did not face any penalty. She says that the lawsuit is the only way to hold it accountable for its error. Texas law sets a cap of $250,000 on noneconomic damages, limiting Allen’s damages no matter what a judge or jury concludes during her day in court.

About thirty states have caps set by law on damages in personal injury cases. In twenty-one of those states, including Texas and Maryland, non-economic damages like emotional pain and mental anguish are subject to specific caps. In Maryland, a non-economic damage cap applies to all claims arising from a single incident of negligence, with higher amounts applying to wrongful death claims with multiple beneficiaries and combined wrongful death and survival claims. For claims arising on or after October 1, 2013, the cap amounts are $785,000, $1,177,500, and $1,962,500 respectively. The amounts of the caps have increased each year since 1994.

The medical malpractice attorneys at Wais, Vogelstein, Forman, Koch & Norman have represented clients in Maryland for more than two decades, helping them recover damages for injuries or losses caused by the negligence of doctors and other medical professionals, misdiagnoses, pharmacy misfills, surgical errors, and other medical errors. We have recovered millions of dollars in damages for our clients through verdicts and settlements. We are available 24/7 and can visit you in your home or at the hospital. Please contact us online, at (410) 567-0800 in Maryland, or at (888) 952-9669 in DC to schedule a free and confidential consultation.