Contributory Negligence Doctrine Upheld in Maryland, Barring Recovery in Medical Malpractice Cases Where Defendant Was Not 100% at Fault 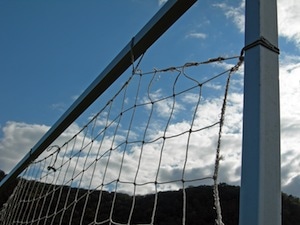 Unfortunately, Maryland is one of only a few states in the U.S. that continues to follow the “contributory negligence” doctrine, which affects the rights of every patient who has ever suffered due to medical malpractice. Most states, when a defendant is found liable for negligence, determine damages by apportioning fault between the defendant and the plaintiff. Under the doctrine of contributory negligence, however, any finding of fault on the part of the plaintiff prevents the recovery of any damages. The Maryland Court of Appeals had the chance to revise this doctrine earlier this year in Coleman v. Soccer Ass’n of Columbia, but chose to leave it to the state legislature instead. Asserting a claim for personal injury, including medical malpractice, in Maryland therefore requires careful preparation and an understanding of how a defendant’s claim of contributory negligence could impact the case.

In the Coleman case, an assistant soccer coach sued a soccer association for injuries he sustained during a practice. According to the court’s opinion, he kicked the ball into a goal that was not anchored to the ground. When he went to get the ball out of the goal, he jumped and grabbed the top crossbar of the goal. Because the goal was not anchored, his weight pulled the goal backwards and down on top of him. The crossbar caused extensive facial fractures requiring reconstructive surgery with titanium plates. The Maryland Court of Appeals affirmed lower court decisions finding that, because the plaintiff was partially negligent for grabbing the crossbar, contributory negligence precluded any recovery of damages.

Two judges dissented, noting that only four states, including Maryland and Virginia, and the District of Columbia still follow contributory negligence, while the others have all adopted comparative negligence. The judges in the majority, citing prior Maryland cases affirming the doctrine, stated that they will leave the decision to the General Assembly. In medical malpractice case, defendants may invoke the contributory negligence doctrine by claiming that a plaintiff was partly responsible for their injuries by not following doctor’s instructions precisely, or by missing or exceeding a dose of medication.

We rarely encounter the defense of contributory negligence in our medical malpractice cases. That is the product of a number of factors. First, we are extremely selective in the cases we litigate and if there is a strong likelihood that contributory negligence could be in play we will likely not take the case. Second, the majority of our cases involve injuries to babies or children. Under Maryland law, the negligence of a parent cannot be imputed onto a minor plaintiff, thus making the defense nearly impossible to pursue in medical negligence cases in Maryland involving minors.

For over twenty years, Wais, Vogelstein, Forman, Koch & Norman’s medical malpractice attorneys have helped clients in Maryland recover damages for losses and injuries that resulted from the negligence of doctors, incorrect diagnoses, pharmacy misfills, and surgical errors, to name a few. We have recovered millions of dollars in damages for our clients through verdicts and settlements. We are available 24/7 and can visit you in your home or at the hospital. To schedule a free and confidential consultation, contact us today online, at (410) 567-0800 in Maryland, or at (888) 952-9669 in DC.

By Wais, Vogelstein, Forman, Koch & Norman, LLC | Posted on September 20, 2013
« Teen Who Went Blind As a Newborn Due to Medical Neglect Is Now Thriving
Recent Article Argues That Birth Injury Lawsuits Are Beneficial, While Tort Reforms May Be Harmful, to the Medical Profession »