The parents of a child who died due to medical malpractice were recently awarded $14.3 million in a lawsuit against the largest medical malpractice insurance carrier in Illinois. According to a news report covering the case, the jury award came more than six years after a jury awarded the family $6.2 million in a wrongful death case against two obstetricians who provided care during the mother’s pregnancy. 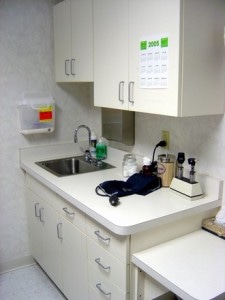 In the first lawsuit, the parents alleged that the obstetricians’ negligence caused their daughter to be born with a brain injury that was the result of hypoxia, or an insufficient supply of oxygen to a baby’s brain during pregnancy or childbirth. The couple’s daughter lived in a vegetative state until she died before turning three years old.

The parents’ case against the insurance carrier amounted to what is called a “bad faith” claim. The $14.3 million verdict included $10 million in punitive damages, which is designed to deter future conduct of a similar nature.

Doctors and Insurance Companies May Be Liable in Medical Malpractice Cases

Doctors must use reasonable care in the treatment of their patients. This means that they must provide a level of care that is consistent with the care that other providers, practicing in the same medical specialty and geographic region, would provide under similar circumstances. In Maryland, a doctor”s or hospital’s failure to provide this standard of care is called medical malpractice, or negligence.

When a doctor’s or hospital’s negligence is the cause of a baby’s death, the parents of the child can sue the doctor or hospital for medical malpractice. These cases are often referred to as wrongful death actions.

It is a requirement in Maryland that all doctors carry malpractice insurance. When a doctor is sued for malpractice, the insurance provider is generally charged with defending the doctor. In this capacity, the insurer owes the doctor a duty to act in good faith.

One component of good faith is that the insurer must make reasonable efforts to settle a case within a doctor’s policy limits. In some circumstances, it may be in an insurer’s best interest to see a case to trial, especially if the damages in a malpractice action are likely to be close to the policy limit. However, if an insurer fails to make reasonable efforts to settle a case within the policy limit, and a judgment is entered against a doctor that is in excess of that limit, the insurer may be liable to the doctor for the excess amount. In some cases, doctors will assign their right to sue the insurer to the injured plaintiff in the underlying malpractice action, since the injured plaintiff often suffers the most because of the insurer’s breach.

Have You or a Loved One Been Injured By a Doctor’s Negligence?

Medical malpractice cases do not only involve doctors and hospitals. Insurance companies have a lot at stake too, and the role they play is often confusing to even the doctors they ostensibly represent. It is important that the complexity of these cases does not scare you from talking with a lawyer if you believe that you or a loved one has been injured by a doctor’s carelessness. You just need the right lawyer at the right time. The lawyers at Wais, Vogelstein, Forman, Koch & Norman have extensive experience handling medical malpractice cases. Our lawyers know how to cut through the confusion and focus your case on the one thing that really matters, which is getting you the compensation you deserve from doctors and insurance companies. For a free consultation, call (410) 567-0800.