Earlier this month, the Supreme Court of Mississippi decided a case against a medical malpractice plaintiff, determining that the plaintiff’s failure to bring the case until after the statute of limitations had passed resulted in the plaintiff losing his right to bring the case altogether. In the case, Thornhill v. Ingram, the plaintiff was a man who lost his wife to an alleged misdiagnosis made by one of the defendants. 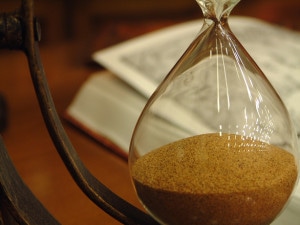 After the man lost his wife, he filed a lawsuit against the diagnosing doctor, the hospital, and several other related parties. However, for whatever reason, the case did not move forward, and eight years later the defendant asked the court to dismiss the case for lack of prosecution. The court assessed the case and determined that the proper remedy was to dismiss the case without prejudice. This meant that the plaintiff would not be prevented from refiling the case in the future, should he choose to do so.

The plaintiff waited a few months and then refiled the case, naming the same defendants. However, in response to the filing, the defendants asked the court to dismiss the case again, this time because the filing of the case was after the statute of limitations had passed.

Statutes of limitations are essentially deadlines by which a plaintiff must bring their case. In Maryland, the statute of limitations for filing a medical malpractice case is either three or five years, depending on the specific circumstances of the injuries and allegations. When the plaintiff discovered the injury may also factor into this calculation.

In some cases, a statute of limitations may be tolled, meaning that it is basically paused, and the passing time will not count against the total amount of time the plaintiff has to file. However, determining when a statute of limitations is tolled can be a very technical assessment and is best left to a dedicated Maryland medical malpractice attorney. To learn more about Maryland medical malpractice cases in general, contact a dedicated Maryland personal injury attorney today.

If you or a loved one has recently been the victim of medical malpractice, you may be entitled to monetary compensation for your injuries or loss. Statutes of limitations will almost always act to limit the amount of time you have to file a lawsuit. If the case is not filed in time, you may permanently waive any right to compensation. To learn more about medical malpractice cases in Maryland, call one of the skilled personal injury advocates at the Maryland-based law firm of Wais, Vogelstein, Forman, Koch & Norman, LLC at (410) 567-0800.