A recently published news article has reported on the interesting assertion that a decline in the rate of births that are performed by cesarean section has resulted in an increase in the number of birth injuries suffered by both mothers and newborn babies. According to the report, primary reasons for the decline in the rate of cesarean births are the lack of education and options that women are afforded before giving birth, as well as a recent trend in the medical profession to encourage natural births in spite of the associated dangers. 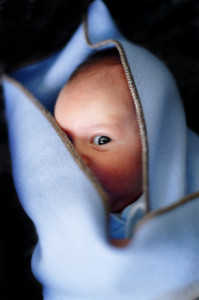 The article and findings suggest that doctors and hospitals may be legally responsible for injuries suffered as the result of a poorly advised or insufficiently informed woman’s decision to have a natural birth.

The article, which is based on the findings of a study presented at an international medical convention, mentions the surprisingly high rates of injury that result from vaginal births. According to sources quoted in the report, as many as 75% of first-time mothers suffer an injury during a vaginal birth, with between 20% and 30% of them suffering severe and often permanent damage. The physical injuries often result in long term urinary and fecal incontinence, and they also may be accompanied by major psychological symptoms, including depression, anxiety, flashbacks, and the inability to have a functional sex life, which may continue for years after the traumatic birth. Many women who suffered these injuries and were surveyed for the study told researchers that they weren’t made aware of these risks, or weren’t even offered the choice to have a cesarean section if doctors did not deem it “medically necessary.”

The Increase in Vaginal Births Is Hurting Babies Too

In addition to the risk of injury to mothers that is posed by the uptick in natural births, newborns are being injured at increased rates as well. According to the article, the reduction in caesarean births has resulted in a tolerance for longer births and the increased use of forceps during delivery, which can both result in more birth injuries to babies.

The use of forceps during birth can increase the risk of shoulder dystocia and other birth injuries that can be harmful or fatal to the baby. Expecting mothers should be given accurate information on the physical and psychological risks of a natural birth, both to themselves and to their babies. Doctors should give sound medical advice that allows women to make an informed decision on the type of birth to have. When doctors and hospitals do not allow mothers to make an informed decision to have a natural birth, and birth injuries result, the medical providers may be accountable for the damages related to the injuries. Victims of negligence that results in a birth injury should consult an attorney to file a medical malpractice lawsuit and seek compensation.

Have You Been a Victim of Medical Malpractice?