The Florida Supreme Court recently heard arguments in a medical malpractice case that alleges a Florida doctor was negligent in failing to properly treat and prevent the suicide of a patient. The plaintiff’s wife was a patient of the doctor being treated for depression and committed suicide shortly after calling the doctor’s office and complaining of psychiatric symptoms in October 2008. The lawsuit alleges that the doctor breached a duty to the patient by failing to act on the patient’s symptoms, which demonstrated a foreseeable risk of suicide that could have been prevented. 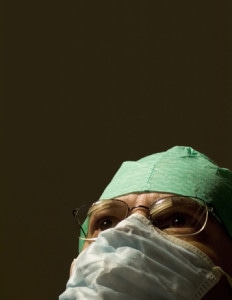 The plaintiff’s wife had been receiving treatment from the defendant, her primary care physician, for depression and other health issues. According to a local news source, the woman called her doctor’s office on October 8, 2008, complaining of mental instability, uncontrollable crying, and other problems. She did not speak directly with the defendant, but she left a message with the doctor’s assistant. After he received the message, he modified the woman’s prescriptions and referred her to another doctor for gastroenterological issues, but he took no further action regarding her depression or other suicidal symptoms. The next morning, the woman was found dead in her home. She had hung herself.

After the woman’s suicide, her husband sued the doctor for medical malpractice, alleging that he breached the professional standard of medical care by failing to acknowledge and treat the woman’s suicidal symptoms or take other action to prevent her from taking her life after she called the office in distress.

The plaintiff argued that scientific advances have made suicide foreseeable in some patients exhibiting certain symptoms, and doctors have a duty to act accordingly when they know or should know that a patient is suicidal. The circuit court where the case was initially filed ruled in favor of the defendant and dismissed the case, holding that suicide is not foreseeable and that the doctor could not be found negligent for failing to prevent it. The plaintiff appealed the circuit ruling to the Florida 2nd District Court of Appeal, who reversed the dismissal of the case and ruled that suicide may be foreseeable depending on the circumstances of each case, and the plaintiff should have the opportunity to prove that. The 2nd District Court of Appeals’ decision would have allowed the case to proceed toward a trial, but the defendant appealed the 2nd District’s ruling to the highest authority on matters of Florida state law, the Florida Supreme Court.

The parties’ attorneys argued the case before the Florida Supreme Court on September 2 of this year. Their arguments focused primarily on the issue of the foreseeability of suicide, and under what circumstances, if any, a jury could find that a doctor was negligent in failing to diagnose and treat a suicidal patient and liable for medical malpractice. If the Supreme Court agrees with the plaintiff and the 2nd District Court of Appeals, it will affirm that under Florida law, a doctor can be responsible for medical malpractice and wrongful death if he or she does not follow the appropriate standard of care and fails to recognize and treat a suicidal patient. If the Supreme Court does side with the plaintiff, he must still prove at trial that the doctor’s negligence resulted in the woman’s suicide, unless the parties agree to a settlement before the case is tried. It is unknown how the Florida Supreme Court will rule, but a decision is expected to be released in the next few months.