Earlier this year, the Supreme Court of Georgia released an opinion in which it affirmed a Georgia Court of Appeals ruling that granted the plaintiffs in a birth injury action the right to have a new trial after it was discovered that the trial judge had written a note to the jury during deliberations that was not seen by counsel and that may have affected the plaintiffs’ substantive rights. The highest court in Georgia ruled, among other things, that the plaintiffs’ right to be present during the case was violated by the communication. 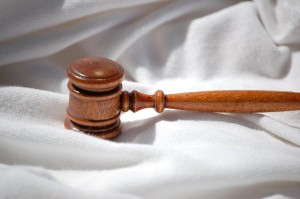 The Plaintiffs’ Case and the Initial Trial

The plaintiffs in the case of Phillips v. Harmon were a mother and her son, who was born with severe, permanent neurological difficulties, including spastic quadriplegia, blindness, and an inability to speak after the plaintiffs alleged negligence caused the child to suffer oxygen deprivation shortly before his birth.

According to the text of the decision, the evidence in the case was “close” and would have supported a verdict for either the plaintiffs or the defendants. After the jury began to deliberate, they sent a note to the judge, stating their difficulty in reaching a unanimous verdict. The judge replied to the note without advising the parties or their counsel, instructing the jury to keep deliberating. The exact contents of the note and response are in dispute, since it was never kept and was not made a part of the record. After further deliberation, the jury returned with a verdict in favor of the defendants. A few weeks after the trial, two of the jurors contacted the attorneys for the plaintiffs and notified them of the note, and the plaintiffs appealed the verdict as a result.

Both the Georgia Court of Appeals and the Georgia Supreme Court agreed that the failure of the trial judge to notify each of the parties or their counsel about the note was an error that required reversal of the verdict. The plaintiffs were especially prejudiced because they were unable to request a mistrial upon hearing that the jury may be unable to reach a unanimous verdict, and further deliberations led to a verdict in favor of the defendants. The appellate courts ruled that a party has the constitutional right to be present for all communications between the judge and jury, including during deliberations. Based on the appellate rulings, the plaintiffs will have another opportunity to try or settle their case and obtain compensation for the defendants’ alleged negligence.

Are You a Victim of Birth Injury?

If you or a loved one has had a child born with a birth injury, consulting skilled legal counsel is an important step to obtaining compensation for the damages you or a loved one has suffered as a result of medical negligence or malpractice. The experienced birth injury attorneys at Wais, Vogelstein, Forman, Koch & Norman can help you fight for the compensation you deserve. We focus our practice on birth injury cases and work hard to hold the responsible parties accountable for our clients’ injuries. Contact the experienced birth injury lawyers at Wais, Vogelstein, Forman, Koch & Norman today. Call us at (410) 567-0800 or contact us through our website to schedule a risk-free consultation.