A unlicensed North Carolina midwife entered a guilty plea to charges filed as a result of a failed home birth for which she worked as a midwife in July 2012. The woman, who was initially charged with murder of an unborn child, assault inflicting serious bodily injury, obtaining property by false pretense, and obstruction of justice, entered a guilty plea last week to reduced charges of obstruction of justice and unauthorized practice of midwifery. According to one news source, as a result of the controversial plea agreement, the murder and other charges were dismissed, leaving the deceased child’s parents angered and upset by the proceedings, although they did know the woman was not licensed when they agreed to her services. 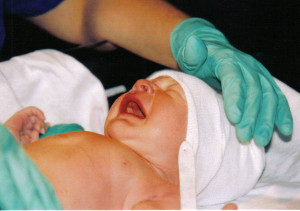 The charges were filed based on the woman’s involvement in a July 2012 home birth in Asheville, North Carolina, in which she acted as a midwife. According to a local news source, the child was brought to a hospital four days after the mother’s water broke, and she was pronounced dead as a result of prolonged rupture of membranes with acute chorioamnionitis and funisitis and meconium aspiration, which occur when a fetus breathes in fluid during delivery. The woman allegedly told the mother the birth had gone well and to disregard the symptoms of meconium aspiration. The woman was not licensed to practice midwifery in the state, but she did attend a non-accredited midwifery school, and the mother was aware that she was not using a state licensed and certified midwife.

The Standard of Care for Home Births Remains High

North Carolina, as well as Maryland and other states, has laws requiring midwives to obtain a license to legally attend to births in the state. The license requires midwives to be registered nurses certified in midwifery and to hold a national certification. Midwives who attend to home births have a legal duty to provide care that meets or exceeds the professional standard, and this includes a duty to address possible complications and know when to seek emergency help. If a licensed midwife is negligent or reckless and violates the professional standard of care, and a baby is injured or killed as a result, the victims of the negligence can seek damages through a birth injury or medical malpractice lawsuit and hold the responsible parties accountable for their loss. Midwives, as well as doctors and nurses, can be held accountable for medical negligence and birth injuries. Whether a birth is performed at home or in a hospital, the parents and baby have the right to be cared for competently.

If you or a loved one has been the victim of a birth injury during a home birth with the help of a midwife or during a hospital birth, a medical malpractice lawsuit can help get you the compensation that you deserve. The experienced birth injury attorneys at Wais, Vogelstein, Forman, Koch & Norman can help you hold negligent medical providers accountable. We focus on birth injury cases and can help you win your case. Contact the experienced birth injury lawyers at Wais, Vogelstein, Forman, Koch & Norman today. Call us at (410) 567-0800 or contact us through our website to schedule a risk-free consultation.