Earlier this year, a Delaware man was awarded roughly $7.4 million after receiving a favorable jury verdict in his medical malpractice case against his physician, According to one local news report, the man suffered a massive ischemic stroke less than two days after he was seen at his physician’s office. 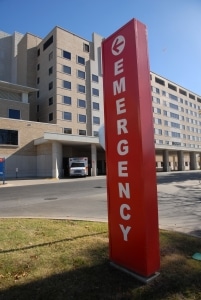 Evidently, the man had been a patient of the doctor’s since 1995 and suffered from high blood pressure on and off throughout that time period. On the man’s final visit to the doctor’s office, his blood pressure was reported as being 200/80. Despite the high test result, the man was merely given a prescription for blood-pressure medicine and then sent on his way.

Less than 48 hours later, the man was admitted to the hospital with a blood pressure of 280/150 and blocked cerebral arteries. After a jury trial, the man was awarded a favorable verdict of $7.4 million. The award included $350,000 for future loss of earnings, $2.6 million for future medical expenses, and $3.5 million in other damages.

The Man’s Case Against His Doctor
The man in the case above was able to successfully argue to the jury that the doctor should have done more to treat his high blood pressure before letting him leave the office. Indeed, the man was a patient of the doctor’s for the past 20 years. Arguably, the doctor should have known that the man had a history of high blood pressure and that medication alone would be insufficient to remedy the man’s condition.

Medical Malpractice Cases Generally
All doctors, nurses, and pharmacists have a legal duty to provide an adequate level of care to all their patients. While this “standard of care” can be very specific and complicated, at its most basic level it requires a doctor to perform on the level of similarly trained professionals if they were in the same situation.

When a doctor fails to live up to this standard, they are considered to be legally negligent. In these cases, the doctor can be held legally and financially liable for any injuries that his or her patient suffered as a result. In many cases, this includes past medical expenses, future medical bills, pain and suffering, lost wages, and decrease in future earning capacity.

If you or a loved one has recently been the victim of what you believe to be medical malpractice, you may be entitled to monetary compensation. To learn more about medical malpractice cases, and what must be proven in order to succeed, contact a dedicated Maryland medical malpractice attorney at the Maryland personal injury law firm of Wais, Vogelstein, Forman, Koch & Norman. The skilled attorneys at WVF have decades of combined experience bringing cases against negligent doctors, nurses, and hospital staff. Call (410) 567-0800 to set up a free consultation with an attorney today.