Earlier last month in Indiana, two doctors were named in a lawsuit alleging that they conducted a series of unnecessary medical procedures on a number of patients. According to a report by one news source, the doctors are facing a total of 28 lawsuits. There have also been official complaints filed to the Indiana Attorney General as well as the Medical Licensing Board. 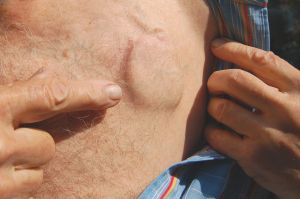 There is also evidence that the hospital that employed the doctors knew or had reason to know what the doctors were doing. In fact, the attorney for one of the plaintiffs told reporters that the evidence gathered so far “raises troubling questions about [the doctor] and his associates and why the hospital did not heed internal warnings they received for nearly a decade.”

Naming the Proper Plaintiffs in Medical Malpractice Suits
Medical malpractice lawsuits can be some of the most complex and lengthy lawsuits in the civil justice system. Part of the reason why this is the case is because there are often multiple defendants named in medical malpractice cases.

Once a plaintiff is able to establish that a defendant doctor was negligent in some way, it must be determined what amount of damages are appropriate. This is generally determined by the jury. However, in some cases the judge may determine the damages amount. In either case, it is important to have experienced counsel to make out the best case for damages possible.

Have You Been the Victim of a Physician’s Negligence?

If you or a loved one has recently been involved in a serious medical malpractice incident, you may be entitled to monetary compensation. Doctors all have a duty of care to their patients. When they fail to live up to their duty, they can be held financially responsible for the injuries caused as a result of their negligence. To learn more about medical malpractice cases in Maryland, and to speak to a dedicated Maryland malpractice attorney, call (410) 567-0800 to set up a free initial consultation with an attorney today.