Earlier this month in a Michigan court, a judge approved a settlement between several medical professionals and a woman who lost her child at birth. According to a brief article by a local news source, the woman blamed the Emma L. Bixby Medical Center and ProMedica Health System for the death of her infant son. She also named one of the delivering physicians as well as a registered nurse who assisted during the birth. 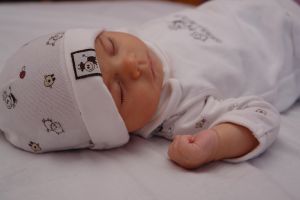 Evidently, back in July 2008, the woman was admitted to the Emma L. Bixby Medical Center for the delivery of her son. For an unknown reason, her son died shortly after birth. Thereafter, the mother filed suit against all four defendants, seeking compensation for her loss.

The case was listed for trial back in October, but because the parties reached a settlement agreement the trial date was canceled.

Obtaining a Settlement in a Birth injury Suit
The plaintiff in the above-mentioned case never had to take her case to trial, but she still will receive a lump-sum award from the defendants she named in the lawsuit. This is because the woman reached an out-of-court agreement with the defendants as to what a fair amount of money is to compensate her for her loss.

Reaching a settlement is sometimes a better result than receiving a favorable jury verdict because it saves the time and expense of going to trial. In addition, it removes the uncertainty involved in taking a case to trial.

With that said, defendants are rarely willing to settle a case unless there is a strong basis for the case. Therefore, it is very important that a personal injury plaintiff work with his or her attorney from the very beginning to set up the case for a settlement, if that is the desired outcome.

When a Settlement Is Not an Option
In some cases, a settlement is not an option. It may be that the plaintiff does not want to settle the case because he or she wants to publicly hold the defendant accountable. It may also be that the defendant refuses to settle the case. In these situations, the case will usually go to trial, and a judge or jury will decide whether and what the plaintiff is entitled to recover.

Are You Considering Bringing a Birth Injury Suit?

If you have recently lost a child in childbirth, or given birth to a child who was severely injured as a result of physician negligence, you may be entitled to monetary compensation. However, these kinds of cases are often very complicated and involve firm deadlines and mandatory filings. In some cases, if these strict procedural requirements are not met, the plaintiff can lose his or her ability to bring a case, destroying any chance of ever recovering for the injuries or loss. To learn more about birth injury suits, and to speak to a dedicated attorney today about your potential case, call (410) 567-0800 to set up a free initial consultation.