Some Interesting Facts About Medical Malpractice

As you may be aware, doctors all have a duty to their patients to provide a certain baseline level of care. If a doctor ends up providing care that is deficient, and his or her patient is injured as a result, that patient may file a medical malpractice action against the doctor. 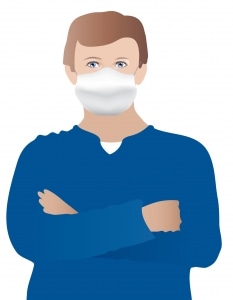 Medical malpractice has been in the news quite a bit lately, especially with the trend towards getting rid of caps on non-economic damages that juries choose to award to plaintiffs. As it stands now, some states require judges to cap non-economic damages, such as pain and suffering, loss of consortium, and emotional trauma, no matter what amount the jury returns as an appropriate verdict.

However, putting that aside for another post, here are some other interesting facts gathered by one news source about medical malpractice cases in the United States:

Medical Malpractice Cases in Maryland
In Maryland, like elsewhere in the nation, doctors have a duty to their patients to perform at or above that baseline level. When a doctor fails to live up to the expectations placed upon him or her, he or she may be held financially liable for any harm caused by those oversights.

In order to successfully bring a medical malpractice lawsuit in Maryland, several procedural requirements must first be met. One such requirement is to obtain a statement from an expert or a practitioner in the same field as the defendant doctor, stating that the plaintiff’s case has merit. Without this statement, a Maryland medical malpractice case will not be able to proceed.

Have You Been Injured by a Case of Medical Malpractice?

If you or a loved one has recently been injured by a physician’s negligence, you may be entitled to monetary compensation to help you cope with your injuries or losses. The dedicated medical malpractice attorneys at Wais, Vogelstein, Forman, Koch & Norman have over 200over 200 years of combined experience litigating various medical malpractice actions on behalf of their clients, and they know what it takes to bring a successful case. Call (410) 567-0800 to set up your free initial consultation with a dedicated attorney today.