Earlier this month in Gretna, Louisiana, a man filed suit against a physician after he developed a serious infection in his pubic region after a penile implant operation. According to a report by the Louisiana Record, the man went into Ochsner Medical Center on July 7, 2010 for the surgery. 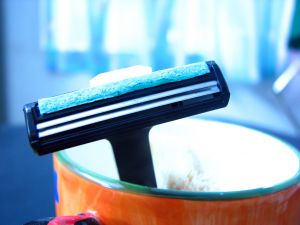 In preparation for the surgery, the physician shaved the man’s pubic area but did not obtain consent to do so. When the man awoke, he noticed that the area looked as though there were several ingrown hairs in his pubic region. As the day went one, the swelling increased, and the skin became incredibly tender to the touch. When the man told the doctor about his condition, the doctor told him to put ice on it.

After three weeks went by, the man had to go in to the hospital again to have necrotic tissue removed from the affected area. Evidently, the diagnoses was “gangrene due to a moderate methicillin resistant staphylococcus aureus (MRSA) infection.” After leaving the hospital, the man had to spend three weeks recovering in a nursing home before he was able to go back home.

Recovering Financially after a Medical Malpractice Incident
Due to their intersection between law and medicine, medical malpractice cases are some of the most complex cases in the legal system. They often require a number of experts to testify and can last a number of years in some cases due to the rigid procedural requirements and complex subject matter. Therefore, it is highly advised if you have been the victim of a physician’s negligence that you immediately consult with a medical malpractice attorney about your potential case. In most cases, there is also a statute of limitations that requires a lawsuit to be brought within a certain amount of time, or else the plaintiff will be prevented from bring the suit at all.

Have You Been the Victim of a Doctor’s Negligence?