Earlier this month, a jury in Georgia awarded a $3 million verdict to the parents of a girl they say suffered permanent damage as a result of the defendants’ failure to act properly when the mother arrived to the hospital needing an emergency C-section. The defendants, a midwife, a doctor, and the hospital itself denied liability for the harm, claiming that the woman was in distress when she arrived, and they did all that they could. The medical malpractice lawsuit was filed against seven defendants in total, although only two of them were found liable. 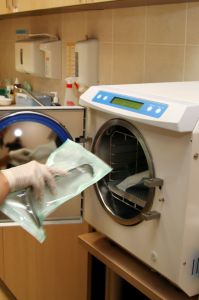 According to an article from the Daily Report, the woman arrived at the hospital with frequent contractions and signs of abnormal labor one day after she had been released from the same hospital. The nurse who first examined the woman testified that she called the midwife and told her of the situation, assuming that the midwife would call the doctor and have him come to perform an emergency C-section as soon as possible. The midwife then did not call the doctor for 30 minutes, and after the doctor arrived, the C-section was not performed for nearly 20 more minutes. When the baby was born, she had a slow pulse, was not breathing, and was pale blue in color.

Although she was resuscitated, the girl is now legally blind and cognitively impaired, and the jury decided that it was a result of the unnecessary delay in calling the doctor after the woman arrived to the hospital.

The Trial
According to the article, the nine-day medical malpractice trial focused primarily on the issue of causation. The defendants argued that the plaintiff failed to prove that their conduct actually caused the child’s disabilities. They argued that, since the mother was already in distress when she arrived at the hospital, the damage had already been done. Both sides hired medical experts in the case to support their version of the facts, and the jury was left to decide whether or not the defendants were responsible, and for how much.

Medical malpractice lawsuits can be extremely complicated. When multiple defendants and experts are involved, it can be difficult to convince a jury that the defendant at issue should be held responsible for harm caused to the baby. Injuries during surgery can have many causes, and some are unavoidable. In order to be awarded damages for a malpractice case, a plaintiff needs to demonstrate that the defendant or defendants failed to adhere to the standard of care in the treatment of the patient. The plaintiff must also demonstrate that the medical worker’s misconduct is what caused the injury. When going up against a team of lawyers and medical experts working for the defense, this can be a difficult task.

Do You Need an Attorney?

The medical malpractice attorneys at Wais, Vogelstein, Forman, Koch & Norman have experience in trying cases across the country, and we know the best ways to get our clients what they deserve. Whether we obtain a fair settlement offer in the early stages of the lawsuit, or we take the case all the way to trial, we are dedicated to fighting for our clients. If you or someone whom you love has suffered from medical malpractice, we want to help you get fair compensation. We can evaluate your case and help you make the best decisions for your medical malpractice claim. Call (410)998-3600 to schedule a free consultation, or contact us through the website today.