Earlier this year, a woman and her twins died minutes after childbirth when hospital doctors decided not to perform the planned C-section and opted for a natural birth instead. According to a report by USA Today, the woman had given birth twice before, both times by C-section, and her regular doctor had planned to perform a C-section to deliver her third. 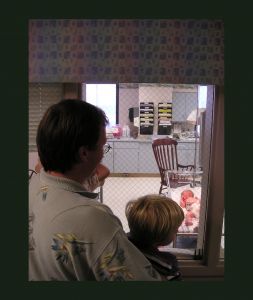 However, when the woman went into premature labor before the six-month mark of her pregnancy, she was taken to Richmond University Medical Center in Staten Island, where the doctors at the hospital decided that she should deliver naturally instead of through the planned C-section.

The woman’s husband and father of the children was by her side in her final moments and recounted the tragic events leading up to his wife and children’s death: “She screamed, and then she was just holding my hand and then her eyes closed and I kept smacking her face, telling her, ‘Don’t fall asleep on me, don’t fall asleep,’ . . . She looked at me and said ‘OK’ and then closed her eyes, and that was the last time I saw her.”

The medical examiner is still in the process of determining the cause of death. However, the hospital has released a statement that the fetuses were “not viable” at the time of the birth.

The woman’s husband has told reporters that he plans to bring a lawsuit against the hospital and the delivering doctors, claiming that hey were medically negligent in performing the natural birth, given the circumstances.

The tragic case described above was likely caused by the split-second decisions of the delivery-room doctors. Despite having a plan in place that she would have a C-section, the doctors at the hospital, who were not her normal doctors, decided to depart from the plan and perform a natural birth.

Delivery-room errors occur all too often in Maryland and across the county. Thankfully, the victims of these tragic accidents can often seek compensation from those who are responsible for the tragic outcome. It is recommended that accident victims contact a dedicated attorney to help them through the difficult process. Through the assistance of a birth injury attorney, accident victims are able to better understand their case, what they may need to prove, and how the process works.

Are You in Need of a Birth-Injury Attorney?

If you have recently been injured, lost a child, or lost another family member during the birthing process, you may be entitled to monetary damages to help compensate you for your loss. However, you should be prepared for a fight on all fronts, for hospitals and doctors rarely concede error without first attempting to deflect any negligence on their part. To learn more about birth injury cases, contact a dedicated attorney at Wais, Vogelstein, Forman, Koch & Norman. Our skilled attorneys have decades of combined experience arguing all kinds of birth injury and medical malpractice cases and would be happy to speak to you about your potential case. Call (410) 567-0800 today to schedule a free initial consultation.