In a recent case in front of the Maryland Court of Appeals, the Court reversed a plaintiff’s jury award based on the misapplication of the “Apparent Authority” doctrine, which allows for those who use independent contractors to be held liable for the contractor’s actions.

The Facts of the Case 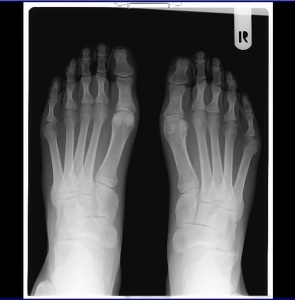 In the case, Bradford v. JAI Medical Systems Managed Care Organization, Inc., the plaintiff was a woman who had been receiving Medicaid benefits since 1997. Apparently, in 2008, she was suffering from a bunion on her foot that was causing her pain, so she decided to see a doctor.

Through her Managed Care Organization (MCO), the plaintiff chose a doctor that was listed as one of 4,000 specialty care providers. However, the specific doctor that she chose did not have an office located at one of the four “primary care centers” listed in the directory provided to her.

After she met with the doctor at his private office, he recommended surgery. A few weeks later, the surgery was performed, and the woman was sent home the same day. At her first follow-up appointment, the doctor only partially unwrapped the bandage, took a quick look, and told her to come back in a few weeks. During her next follow-up appointment, a nurse unwrapped the woman’s bandages completely, noticing that she had developed gangrene.

As a result of the gangrene, part of the woman’s foot had to be amputated and she was left with a scar from her thigh to her ankle. She then filed a malpractice lawsuit against the doctor who performed the surgery, the Managed Care Organization, and several other parties. This case relates to the charges against the MCO.

The case never actually reached trial because the defendant doctor did not respond to the charges against him. Therefore, a default judgment was entered and a malpractice jury awarded the plaintiff $64,000 in economic damages and $3,000,000 in non-economic damages. The MCO was also found liable under the “Apparent Authority” doctrine.

The Maryland Court of Appeals reversed the verdict against the MCO, explaining that, here, the elements of the apparent authority doctrine were not met. The court noted that the subjective elements of the doctrine were met–meaning that the woman actually believed she was going to a participating doctor. However, the court explained that it was not reasonable for her to believe that this doctor was a part of the plan.

The court pointed to specific facts, such as the fact that there were 4,000 listed providers, not all of which could have possibly been a part of the plan. It also explained that the woman had to visit the doctor at his own private office, rather than at one of the primary care centers. In conclusion, the court reversed the judgment against the MCO.

Have You Been Injured By a Doctor’s Medical Malpractice?

If you or a loved one has recently been injured by the negligence or malpractice of a doctor or other healthcare professional, you may be entitled to monetary damages. However, as was the situation in the case described above, recovering from doctors and other healthcare organizations can be difficult and is best left to an experienced malpractice attorney.