In a very upsetting class-action case about a John Hopkins’ gynecologist who was caught videotaping the last 25 years of patient exams, the parties have recently agreed on a $190 million settlement. 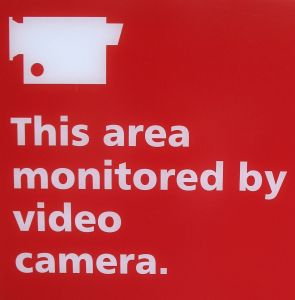 According to a report by Bustle.com, the hospital was named as a defendant in the lawsuit that was filed in 2013 because the plaintiffs–of which there were nearly 9,000–claimed that the hospital “breached their common law duties … by negligently failing to investigate, credential, qualify, select, monitor and supervise its medical personnel and to discover, stop and report [the offending doctor].”

The troubling behavior of the doctor was brought to light by employees of the hospital, back in early 2013. Once the police showed up at the doctor’s home, he had a large-scale computer network to house the nearly 1,200 videos and images that he had captured over the years. Luckily for the plaintiffs, none of the photos or footage were believed to have made it onto the internet.

Several days after the charges were announced, the doctor was found dead in his basement from an apparent suicide. The settlement that was recently reached by the parties is the largest of its kind in Maryland history.

Medical Malpractice in Maryland
This is an obvious case of medical malpractice. Not only did the doctor’s conduct violate medical ethics, it violated the law and the sense of common decency most people hold dear.

The plaintiffs in this lawsuit were able to name the hospital as a defendant, even though it did not necessarily condone the behavior of the doctor. This is because hospitals have a duty to monitor their doctors and ensure that they are providing patients with the appropriate level of care. In this case, the plaintiffs claimed that, had John Hopkins been monitoring the doctor as they should have, they would have noticed that he was videotaping and photographing patients during exams.

If a plaintiff–or in this case a group of plaintiffs–is able to prove that a hospital violated its duty to oversee a physician, that hospital may be liable for the damages caused by the physician. This is just one theory of liability, and there are others that may be implicated under different factual scenarios.

If you or a loved one has recently been the victim of medical malpractice, you may be eligible for monetary damages. Doctors, nurses, and the hospitals that employ them all have duties to their patients. When a patient is injured while under their care, and the patient can prove that his or her injury was due to the negligence of one of these parties, the patient is entitled to recover for his or her harm. To learn more about medical malpractice, and to speak to a dedicated malpractice attorney, click here, or call (410) 567-0800 today. There is no risk in calling, since we only get paid if you recover.