A lawsuit concerning the death of a woman who died over four years ago in 2010, after undergoing surgery, has recently reached trial. The plaintiff claims that his wife’s death was the direct result of a surgical sponge being left inside her gut following a 17-hour surgery. The trial in this wrongful death and medical malpractice lawsuit against the surgeon, hospital, and other medical staff is projected to continue for at least one week. 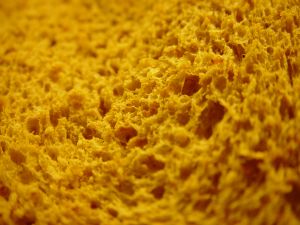 Details from a news article written in the Dayton Daily News states the extensive surgery took place in February 2009 at Miami Valley Hospital in Dayton, Ohio by a performing surgeon who was part of the Wright State Physicians network. Although the operation lasted nearly three quarters of a day, it was never truly completed, as the medical personnel left a laparotomy sponge remaining inside the plaintiff’s wife abdomen. This error led to severe complications and ultimately to the death of this 58-year-old wife.

Evidence in this case has shown that the Wright State Physicians group acknowledges that a sponge was in fact left behind for approximately seven months. The documents indicate that same surgeon attempted to take out the sponge twice, but failed both times. However, the defense argues that the remaining sponge did not cause death, but rather the woman died because of her own complicated intestinal problems. Despite this, it is undeniable that a serious mistake occurred during surgery which had ramifications afterwards. These consequences are actionable and the injured party has every right to pursue litigation.

Further information provides that the original surgeon was aware that the sponge count was incorrect. He ordered an X-ray but never viewed it until weeks later, at which time he attempted to remove the sponge twice and even injured the woman’s spleen on one attempt. The patient was sent to the Cleveland Clinic where a different surgeon finally removed the sponge after a nine hour surgery.

Although the defense will argue that the plaintiff’s wife died because of an ongoing history of health problems, there is no defense against poor medical care. The woman suffered greatly at the hands of a surgeon who seemingly was too confident to even view an X-ray that he ordered.

Safety in all forms of health care is of utmost importance and perhaps of even greater significance during surgical procedures. Surgeries carry a greater risk of injury, infection, other forms of harm, and even death.

There are many protocols and procedures set in place to greatly reduce the probability of surgical errors. Medical staff has many check-points and consistently reconfirms all information, including the surgical site. Equipment checks are also done to ensure tools are clean and do not get left behind. It is vital that surgeons do not have any distractions and are not rushed during the procedure.

In the case mentioned above, the medical staff was rotated because of the length of the surgery, which presumably caused confusion. This is not an acceptable reason as to why a patient should die from a surgery. The doctor seems to have been aware that something was not correct, but was later told everything was okay, and he decided not to double check.

Although hospitals and medicine in general has come a long way in preventing surgical errors, there are still many things that need improving. Patient safety is the most important thing, and addressing issues head-on will continue to reduce errors.

If you or your loved one is a victim of medical malpractice, the Maryland attorneys at Wais, Vogelstein, Forman, Koch & Norman will represent you and help you get the justice you deserve. We have collectively been helping individuals for over seven decades in areas of surgical errors, medical misdiagnosis, medical negligence, and other medical malpractice related issues. We understand the difficulty and pain you are going through and we will work with and for you to make this process as easy as possible. If you’re interested in scheduling a free private consultation please contact us online 24/7.