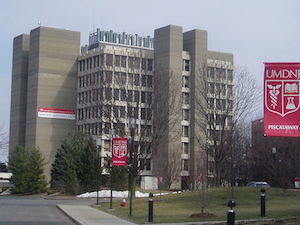 The family of a child born with cerebral palsy settled a medical malpractice lawsuit against the hospital and several physicians for $7.5 million. The lawsuit, Martinez, et al v. Ebert, et al, alleged that the child’s condition resulted from a loss of oxygen just prior to his birth, when the treating physician and nurse failed to recognize what was happening. The settlement was reportedly the largest one in any medical malpractice case in the state of New Jersey during 2013. The hospital where the child was born is part of the state’s public medical school, so the case also came in first on a list of last year’s ten biggest settlements or awards against the state.

On July 5, 2004, a mother-to-be was under the care of several doctors at Robert Wood Johnson University Hospital (RWJUH), part of the Rutgers University-affiliated Robert Wood Johnson Medical School. While in labor, her uterus began to rupture, according to the plaintiffs’ complaint, and a monitor showed that the fetal heart rate was slowing. The mother’s OB-GYN and a nurse anesthetist, however, allegedly believed that the readings were the result of a spinal epidural. The fetus was deprived of oxygen for an hour before the doctor recognized the situation and ordered an immediate caesarian section.

The child was born with spastic quadriplegia, a type of cerebral palsy that affects all four limbs and causes the type of stiff, jerky movements commonly associated with the condition. Spastic cerebral palsy accounts for the majority of cases. Constant muscle contractions put stress on the body, and can impair speech, breathing, and eating. Over the long term, the condition can damage joints and bones. Quadriplegic cerebral palsy affects both arms and legs, significantly impairing one’s ability to function. The child, who is now nine years old, is reportedly unable to speak. He requires a feeding tube, a respirator, and around-the-clock care for basic needs.

The child’s parents filed suit in January 2010 against RWJUH, the OB-GYN and nurse, and several other doctors and nurses involved in the mother’s care. They alleged that the defendants breached a duty of care owed to the mother and the child by failing to make a correct diagnosis of the mother’s condition in the hours leading up to the child’s birth. The child’s condition, they argued, was the direct result of the oxygen deprivation that occurred in the womb, which resulted from the defendants’ misdiagnosis.

After submitting the case to mediation in October 2013, most of the parties agreed to settle all claims for $7.5 million. A Middlesex County Superior Court judge approved the settlement in November. The OB-GYN will be responsible for $950,000 of the settlement amount. Rutgers Biomedical and Health Sciences, the umbrella organization that includes RWJUH, will be responsible for the rest. The plaintiffs may still have pending claims against the nurse.

Wais, Vogelstein, Forman, Koch & Norman’s birth injury attorneys have accumulated more than 100 over 200over 200 years of combined experience representing people in Maryland and Washington, D.C. who have suffered injury due to the negligence of doctors and other medical professionals. To speak to a knowledgeable advocate about your birth injury or other medical malpractice issue, please contact us today online, at (410) 567-0800 to schedule a free and confidential consultation.