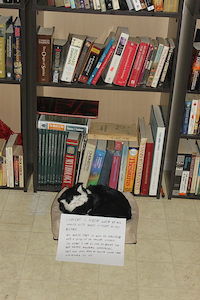 The Maryland Court of Special Appeals reversed a circuit court’s verdict in favor of the defendant in a medical malpractice and wrongful death case, finding that the lower court’s exclusion of the plaintiff’s expert witness prejudiced their case. Fusco v. Shannon, 63 A.3d 145 (Md. Spec. App. 2013). The plaintiffs alleged that the defendant did not obtain his patient’s informed consent regarding the risks of a medication, and that this resulted in the patient’s death. The trial court excluded the testimony of the plaintiffs’ expert witness, who was a pharmacist but not a medical doctor, regarding informed consent.

Anthony Fusco, Sr. was diagnosed with “low-risk” prostate cancer in 2001 at the age of eighty-two. After almost two years of “watchful waiting,” he decided to begin radiation and hormone treatment in early 2003. He was referred to Dr. Shannon, who recommended the drug Amifostine to protect his other organs near the prostate from radiation damage. Dr. Shannon testified at trial that he informed Fusco of the risks associated with Amifostine, including blood pressure, nausea, and skin reactions.

Over the course of about a month, Fusco received twenty-three injections of Amifostine. The day after he received the twenty-fourth dose, May 17, 2013, he exhibited “symptoms of acute onset of systemic rash and lip swelling.” He was admitted to a hospital and diagnosed with Stevens-Johnson syndrome caused by a reaction to the Amifostine. This is a serious skin condition that can lead to severe complications like pneumonia and stroke, and is sometimes fatal. After several months of hospitalizations, Mr. Fusco died on December 4, 2003.

Mr. Fusco’s widow and surviving children filed a wrongful death suit against Dr. Shannon, claiming that he failed to obtain informed consent for the Amifostine. The plaintiffs produced James Trovato, Pharm.D., as an expert witness for their informed consent claim. The defendants moved to exclude Dr. Trovato’s testimony, arguing in part that he was not qualified to testify regarding a physician’s actions to obtain informed consent because he was not a physician. The trial court excluded his testimony, noting that as a pharmacist, he could not “give the full demarcation of what [was] involved in informed consent.” The case went to trial in January 2011, and the jury returned a verdict for the defendants.

A physician’s duty to obtain a patient’s informed consent involves five factors, as identified by the Maryland Court of Appeals in Sard v. Hardy, 281 Md. 432, 448 (1977):
1. A treatment’s inherent risks;
2. The chances of the treatment’s success;
3. How often particular risks occur;
4. Possible treatment alternatives; and 5. Whether disclosure “would be detrimental to a patient.”

A claim for lack of informed consent in Maryland does not require proof that a physician acted negligently, but rather that the physician did not comply with one or more of the Sard factors. The Court of Special Appeals found that the cases excluding a pharmacist’s testimony against a physician generally involved negligence claims. It held that a pharmacist could offer expert testimony regarding informed consent, and it reversed and remanded the case.

Wais, Vogelstein, Forman, Koch & Norman’s medical malpractice attorneys have represented Maryland patients and their families for over twenty years, helping them recover damages for medical and pharmacy errors. We are available 24/7 and can visit you in your home or at the hospital. To schedule a free and confidential consultation to discuss how we may assist you, please contact us today online, at (410) 567-0800.