Recently, a 12-year old girl in Ireland received an interim settlement of 2.6 million Euros ($3.5 million) for brain damage caused by a birth injury, as well as an apology from the Health Service Executive. 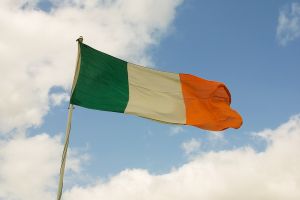 Roisin Conroy currently suffers from cerebral palsy, which has been traced to her birth trauma in 2001 at the Midlands Regional Hospital. Her mother arrived at the hospital four days before Roisin’s birth under the belief that her water had broken. Although she was one doctor’s private patient, she was assured by another doctor that her water had not broken and was sent home. Two days later, Roisin Conroy’s mother returned to the hospital to see her private physician, who found that she had reduced amniotic fluid. Her mother insisted that she be admitted to the hospital and was induced the next day. At the time of the birth, there was no pediatric team (they did not arrive for another five minutes), and her physician only checked on her once that day, and not at all during the delivery. As a result, Roisin was deprived of oxygen, which led to her developing cerebral palsy. She now requires around the clock care and monitoring.

In Ireland, unlike the United Kingdom or the United States, there is no legal duty of candor or to disclose. Therefore, the Conroy family spent 10 years not knowing that the events of the birth were responsible for their daughter’s condition and thought that her cerebral palsy was something that could not have been prevented. They believe that during that time, they were deprived of services that could have helped Roisin’s rehabilitative process, including helping her to speak, and increased her quality of life. Now with the interim settlement, the Conroy family intends to hire a specialist to help Roisin regain some of her independence. At least right now this is the first step in the right direction.

In Maryland, those injured by birth traumas have until the age of 21 to file a medical malpractice lawsuit. They could argue that the medical staff involved owed a duty of care to the injured party; that the staff breached the duty; that the breach caused the injury; and that the injury led to damage. In these cases, the hospital may be held vicariously liable as long as it could be shown that the medical staff breached their duty while performing their job duties during the normal course of business. If you live in the Maryland area and suffered an injury at birth, contact a Baltimore birth injury attorney to learn your rights.