Complications from Plastic Surgery Caused Death of Popular DJ, According to Autopsy 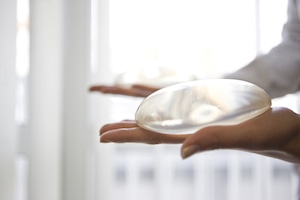 A popular Miami DJ died in August 2013, several months after undergoing surgery to remove silicone injected into her body. Two months later, the medical examiner issued an autopsy report stating that her death resulted from complications during the surgery. Some cosmetic surgical procedures have a direct medical benefit to a patient, while many others are entirely elective, intended to alter and improve the patient’s appearance. Some cosmetic surgery takes place outside of hospitals or clinics, and may involve procedures that either lack government approval or are banned outright.

Betty Pino, age 65, was a well-known Spanish-language radio personality in Miami. She underwent surgery on June 14, 2013 to remove silicone that had been injected into her buttocks in 2007. The wounds from the surgery reportedly became infected, and she was diagnosed with sepsis about a month later. The infection spread, and she fell into a coma on July 16. Doctors had to amputate her hands and her feet on August 6, and she died the following day.

Buttock augmentation procedures, which do not appear to have a more official medical name, are increasingly popular, but can be extremely dangerous. One type of procedure involves injecting liquid silicone directly into the buttocks, which can cause the tissue to harden and develop infections and other complications. The procedure is apparently very popular in parts of Latin America, including Venezuela, where seventeen women have died in the past year from complications. Silicone injections are illegal in the United States, but still happen and cause an unknown number of complications and deaths. A 28 year-old woman in Miami died in June 2013 ten hours after receiving injections at a cosmetic surgery center, although it is not clear if she received injections of silicone or another material.

Pino’s autopsy report, released by the Miami-Dade Medical Examiner in October 2013, states that her death was caused by complications from the silicone-removal procedure. Pino reportedly had difficulty finding a doctor to perform the removal procedure. The surgery was performed by Dr. Constantino Mendieta, who has built a niche practice focused on buttocks. Defending himself against the autopsy report, Mendieta claimed that he performed a reconstructive procedure on Pino, not a cosmetic one, and he denied that Pino’s infection resulted from the procedure. He also said that the report incorrectly described the procedure as the removal of silicone implants, rather than liquid silicone.

Pino’s family is reportedly still considering whether to pursue a lawsuit against Mendieta. According to the Miami New Times, he has faced lawsuits over allegedly botched procedures before, although Pino’s family would have to prove that he breached a standard of care in this particular procedure. Mendieta is speaking out aggressively against silicone injections, saying that the injections Pino received four years ago are to blame, not the procedure he performed. If the case comes to a lawsuit, it could become a question of whether this was a botched surgery or an effort to correct damage caused by an illegal procedure.

Medical professionals, such as doctors, pharmacists, and nurses, must maintain a high standard of care in treating patients. A breach of this duty, such as a misdiagnosis, surgical error, or medication error, may entitle a patient to damages for injuries and other losses. At Wais, Vogelstein, Forman, Koch & Norman, our medical malpractice attorneys protect the rights of Maryland patients and their families. We are available 24/7 and can visit you in your home or at the hospital. Please contact us online, at (410) 567-0800 to schedule a free and confidential consultation.