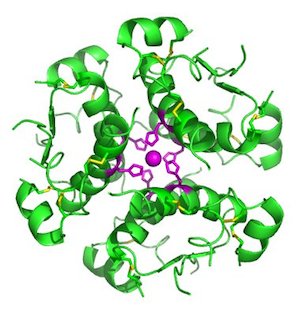 A doctor’s incorrect diagnosis of a six year-old child’s diabetes resulted in the child’s death, according to a jury that awarded the child’s mother $8 million in damages last summer. Punitive damages accounted for all but $500,000 of the damage award. The jury determined that the doctor, who began treating the child several months before her death, diagnosing her with Type 2 diabetes when she actually had Type 1, was solely responsible. The doctor has reportedly moved the court to reduce the punitive damages amount.

The child and her mother first visited the doctor, Arlene Mercado, at her office in the Elmhurst neighborhood of Queens, New York in October 2009, according to an extensive report by the Village Voice. The child’s pediatrician, Thelma Cabatic, had referred her to Mercado, a pediatric endocrinologist, after tests revealed abnormal blood sugar levels. Dr. Cabatic, taking the child’s family medical history into account, suspected diabetes. Dr. Mercado suspected that she was developing Type 2 diabetes. Her glucose levels were high, but not too high. Dr. Mercado instructed her to lose weight and come back in December. Her December checkup and a follow-up with Dr. Cabatic on January 9 seemed to go well.

Type 2 diabetes, often known as adult-onset diabetes, is less common than Type 1 diabetes among children. Type 1 generally requires a faster response than Type 2. The immune system of a person with Type 1 diabetes attacks insulin-producing cells, which the body needs to process blood sugar. The person could die without regular doses of additional insulin. With Type 2 diabetes, the person has enough insulin, but the body has developed a resistance that keeps it from working. Treatment includes medication, diet, and exercise.

On January 21, 2010, the child was complaining that her stomach hurt. Her mother took her to a nearby emergency room the following morning. A blood test showed that her blood sugar was five times the normal level, and her mother confirmed symptoms consistent with high blood sugar going back to Christmas. Doctors eventually determined that her blood sugar had been rising for months. Without enough insulin, her body used fatty acids for fuel, and those acids gradually spread through her body. By January 23, her organs had begun to fail, and she passed away that evening.

The child’s mother filed a medical malpractice suit against Dr. Mercado and Dr. Cabatic, claiming that the misdiagnosis of Type 2 diabetes caused the child’s death. A pediatric endocrinologist testifying for the mother stated that Dr. Mercado should not have ruled out Type 1 diabetes. By focusing on Type 2, she did not order regular blood-sugar monitoring or ask the mother to keep track of symptoms that would indicate increasing blood sugar levels. In July 2013, a jury found Dr. Mercado 100% liable for the child’s death, and cleared Dr. Cabatic of liability. The misdiagnosis, the jury found, breached a standard of care for Dr. Mercado’s field. It awarded the mother $8 million in damages, including about $7.5 million in punitive damages.

Wais, Vogelstein, Forman, Koch & Norman’s medical malpractice attorneys have represented clients in Maryland for over twenty years, helping them claim damages for losses and injuries resulting from the negligence of doctors and other medical professionals. We have recovered millions of dollars in damages for our clients through verdicts and settlements. We are available 24/7 and can visit you in your home or at the hospital. Contact us today online, at (410) 567-0800 to schedule a free and confidential consultation to discuss your case.