New Study Finds a Link Between Cerebral Palsy and Autism

Cerebral palsy is already a serious condition requiring lifelong treatment. Now a new study has found a link between cerebral palsy and higher rates of autism. 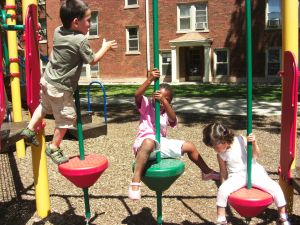 Currently, in the United States, one in every 323 eight-year-old children has cerebral palsy (compared to 500,000 to 800,000 people overall). The study by the U.S. Center for Disease Control found that of those children, seven percent were also diagnosed with autism.

The Center for Disease Control’s Autism and Developmental Disabilities Monitoring Network examined information on nearly 150,000 children who were eight years old in 2008. The children were based in Atlanta, St. Louis, southern Wisconsin, and parts of Alabama. The researchers found that cerebral palsy was more common in boys than girls, and more common in black children than white or Hispanic children. Three-fourths of these children had spastic cerebral palsy, which consists of muscle spasms (the most common form of cerebral palsy), while 40% had epilepsy. A large percentage of the children were able to walk independently, while 11% required the use of a device.

The study did not offer reasons for the link between autism and cerebral palsy, but perhaps the link should not be surprising. Autism is essentially a disorder of neural development, and cerebral palsy is caused by damage to parts of the brain. Other studies have found that autism is linked to other neurological disorders, such as Attention Deficit Hyperactivity Disorder (ADHD) and depression. The most logical explanation is that the same damage to the brain which causes cerebral palsy, also causes autism to emerge.

Cerebral palsy is frequently linked to asphyxia before birth or trauma during birth or delivery. Often, cerebral palsy is linked to preventable medical errors made during prenatal care or during the labor and delivery stage. If that is the case, the family of the child with cerebral palsy may decide to file a lawsuit for medical malpractice. In Maryland, a child has until the age of 21 to file before the statute of limitations runs out. The argument would be that the medical professionals had a certain duty of care to their patients, that they breached their duty through unreasonable care (such as preventable medical error), that breach caused an injury, and the injury resulted in damage. If you have a child with cerebral palsy, contact a Baltimore birth injury attorney and find out more.