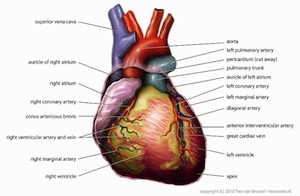 A jury recently awarded $5.5 million to the daughter of a woman who died in 2011 due to what they called a surgical error. The plaintiff in Davis v. Lakhanpal alleged that the defendant, a cardiac surgeon, improperly placed pacing wires on the decedent’s heart prior to surgery. Removal of the wires by a nurse reportedly caused internal bleeding that led directly to the patient’s death. The case went to trial in the Circuit Court of Prince George’s County, and the jury returned a unanimous verdict for the plaintiff.

The defendant surgeon performed cardiac bypass surgery on the decedent, Velda Faye Richardson, on February 1, 2011. Prior to the surgery, the doctor put pacing wires on her heart. These are typically used to allow the surgical team to regulate a patient’s heart rate during the recovery process. When the wires are no longer needed, they can be pulled out one at a time, or clipped at the skin level. Ms. Richardson reportedly recovered for five days, and on February 6, a nurse removed the pacing wires by pulling them. Within minutes, Ms. Richardson experienced shortness of breath and began to bleed from the removal site. She lost consciousness soon after, and despite emergency surgery, died from blood loss. It was determined that one of the wires cut a vein graft as the nurse removed it, causing uncontrollable bleeding.

Ms. Richardson’s daughter, both individually and on behalf of her mother’s estate, sued the surgeon for medical malpractice, alleging that he had placed the pacing wires improperly. The incorrect placement of the wires, the lawsuit alleged, caused the cutting or tearing of the vein graft, and therefore caused Ms. Richardson’s death. Her medical records did not indicate who placed the wires. No one from the surgical team, during testimony at trial, could recall who placed them.

The defense reportedly argued that, since no evidence was available to indicate who placed the wires or where they were placed, the plaintiffs had failed to prove that they were placed improperly. The plaintiffs countered, essentially, with the argument that Ms. Richardson would not have died if the surgical team had placed the wires properly. This is reminiscent of a legal doctrine known as res ipsa loquitur, in which a plaintiff may prove that a defendant was negligent by eliminating all other reasonable explanations for an incident. The plaintiffs had one other major piece of evidence, however, so they did not have to rely solely on this theory. The defendant himself had identified the injury resulting from pulling the wires as the cause of death on Ms. Richardson’s death certificate. This was enough to convince a jury, which awarded the plaintiffs $5.5 million on September 6, 2013.

Patients have the right under Maryland law to compensation for their injuries and other damages if they are the victim of negligence by a medical professional. The medical malpractice attorneys at Wais, Vogelstein, Forman, Koch & Norman are committed to providing you with the best possible legal representation. We have obtained verdicts and settlements in the millions of dollars for our clients. We are available 24/7 and can visit you in your home or at the hospital. Please contact us online, at (410) 567-0800 in Maryland, or at (888) 952-9669 in DC to schedule a free and confidential consultation.