Recently in Flint, Michigan, a Genesee County jury awarded a woman nearly $13 million in her medical malpractice lawsuit against Genesys Regional Medical Center. In her suit, Libbey Bryson claimed that due to preventable medical mistakes, her daughter was born without the use of her right arm and with other deformities. 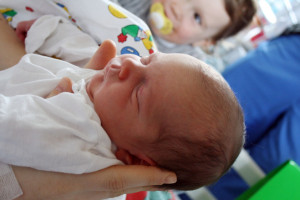 Bryson gave birth to her daughter at the hospital on January 1, 2008. The baby became stuck in Bryson’s birth canal, her arm caught on the pelvic bone. Bryson argued that at that point, the medical staff should have opted to deliver the baby via Caesarian, or used a delivery method that would have resulted in less strain on the baby. Yet a Caesarian was never offered or discussed by any of the physicians involved. Instead, during the vaginal deliver process, they pulled down too hard on the baby’s head, severing the nerves in her right arm and leaving her with Erb’s palsy.

Since then, Bryson’s daughter has had numerous surgeries to correct the problem, and wears a brace on her right arm. Bryson claimed that her daughter would need therapy and assistance to perform basic tasks such as dressing herself or brushing her hair.

Genesys Region Medical Center, for its part, denies that any unreasonable care occurred. Its attorneys argued that the injuries occurred during the natural birth process, and that Bryson never requested a Caesarian. The hospital did not perform an emergency Cesarean section because the labor appeared normal, with no warning signs appearing that would suggest trouble.

The $13 million award is intended to offset Bryson’s daughter’s future economic losses. However, it could be reduced to $4 million due to a Michigan law that caps non-economic losses at $433,400. By contrast, Maryland’s cap on non-economic damages for individuals injured by medical error is $725,000, rising to $740,000 in 2014.

Erb’s Palsy occurs when the nerves governing movement and feeling in the arms, hands, and fingers have been injured. While it may be possible for the individual to regain nearly normal function over time, if the injury is more serious, the individual may require surgery, including a tendon transplant. Even then, the individual’s range of motion may be very limited.

Those who have Erb’s Palsy, or have children with the condition, have the option of filing a medical malpractice suit and arguing: (1) the medical staff had a duty of care to its patients; (2) the staff breached that duty (such as by making medical errors that were reasonably preventable during delivery); (3) the breach caused the injury; and (4) as a result of the injury to the nerves, the baby developed Erb’s Palsy.

This is a great result for this family. We have litigated many Erb’s palsy cases where the physician negligently used excess traction, which caused the injury. A common defense to these cases – that it is the normal forces of labor which caused the injury – has been under fire lately as being the product of bogus science. Recently, in Courts throughout the Country, judges have been precluding defense experts from opining that it was the natural forces of labor that causes a child’s Erb’s palsy injury. In many of these cases, video of the delivery helps prove the case, if it shows the obstetrician tugging or pulling on the baby’s head in the setting of a shoulder dystocia.