Hospital’s Legal Duty to Patient Should Be Decided by Jury, According to Maryland Court 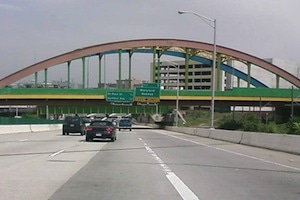 A jury should have considered the question of whether a hospital owed a legal duty to a patient, who suffered from schizophrenia, to keep him from leaving the hospital while he was admitted as a patient. The Maryland Court of Special Appeals, in Crise v. Md. General Hospital, reversed the trial court’s order ruling that the hospital did not owe such a duty to the patient. A specific duty of care owed to a plaintiff is a required element of a medical malpractice claim. The trial court ruled on the issue just as a jury trial was beginning, effectively dismissing the case. The appellate court held that the court should have allowed the jury to decide the issue, and remanded the case to the trial court for further proceedings.

The plaintiff had been diagnosed at various times with bipolar disorder, depression, schizophrenia, and schizoaffective disorder. According to the court’s order, he had been admitted to Maryland General Hospital (MGH) for psychiatric treatment at least four times prior to the incident that led to his lawsuit. The most recent prior admission was about six months before the incident. While he was awaiting a psychiatric evaluation at MGH on December 31, 2008, he walked through the emergency room and out a back door wearing only a hospital gown. He was reportedly heading in the direction of his house, but when he reached the Howard Street Bridge, he noticed police officers approaching him and jumped off. The fall caused multiple fractures to his pelvis, arms, and legs.

He sued MGH in Baltimore City Circuit Court, alleging that the hospital was negligent for failing to monitor him to ensure that he did not leave the emergency room or the hospital. The day after jury selection, the trial court, acting on its own without any motion brought by MGH, entered a judgment that MGH did not owe a legal duty to prevent the plaintiff from leaving the hospital. It based its judgment on Rule 2-502 of the Maryland Rules of Civil Procedure, which gives a court the authority to rule on its own on a question of law that arises at any point during a legal proceeding.

On appeal, the plaintiff argued that the hospital’s legal duty was a question of fact for the jury, rather than a question of law that the court could consider on its own. The distinction between questions of law and fact is critically important in medical malpractice claims, because it determines what issues and questions may go before a jury. The appellate court held that the trial court’s decision was an error, and it remanded the case back to that court for further proceedings “not inconsistent” with its ruling.

This appears to be a case that the trial judge simply did not like, and so the trial judge took matters into his own hands and dismissed the case. Thankfully, the attorneys for the plaintiff took it to the next level where the Court of Special Appeals clearly got it right.

If a medical professional breaches a duty of care to a patient, such as a surgical error, medication errors, or pharmacy misfill, the patient, or the patient’s family, has a right to compensation for the losses caused by the breach. Wais, Vogelstein, Forman, Koch & Norman’s medical malpractice attorneys represent the rights of Maryland patients and families. We have obtained millions of dollars in verdicts and settlements for our clients, and we are committed to providing you with the best possible legal representation. We are available 24/7 and can visit you in your home or at the hospital. Please contact us online, at (410) 567-0800 to schedule a free and confidential consultation.