Preeclampsia, or maternal hypertension, is a rare complication of pregnancy, but one that is difficult to predict and can be deadly. A pregnant woman with symptoms of preeclampsia may experience shortness of breath, headaches, changes in vision, or swelling of the hands and face. Such symptoms can appear anytime from 20 weeks into the pregnancy to after the delivery. A woman with preeclampsia frequently must be hospitalized, and early labor is often induced, causing the baby to be born weeks premature. 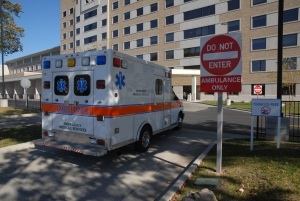 Recently, a new report from the Journal of Reproductive Immunology attempted to shed light on when and why preeclampsia occurs. The study looked at the potential role of two risk factors: the amount of similarity between the mother and father, or between the mother and fetus, and the amount of vaginal exposure the mother had to the father’s semen before becoming pregnant. The study involved 118 women who developed preeclampsia and 106 similarly situated women who did not.

The study found that women with next to no prior vaginal exposure to the father’s semen, and who had high levels of similarity to the father with regard to five human leukocyte antigen genes, had 4.5 times greater risk of developing preeclampsia than women with fewer gene matches and more exposure to semen. This was true even when other factors were taken into consideration, such as the mother’s BMI.

The findings suggested that the mother’s immune system could play a role in whether preeclampsia developed. Her immune system might be more willing to accommodate fetuses that are more genetically distinct, and greater exposure to the father’s semen might prime her to be more accommodating of foreign genes.

The study also found that similarity between the mother and fetus with regard to the Class II gene HLA-DQB1, resulted in a small increase of risk among women who had been exposed to larger amounts of semen.

Researchers think that the findings could pave the way for new treatment of preeclampsia. For instance, couples thinking of having a baby could seek genetic testing beforehand to find out whether they were too genetically similar.

Even with new information, preeclampsia remains dangerous and unpredictable. When faced with such a condition, doctors and medical staff must act carefully to preserve the life and health of the mother and child. Those who have lost a loved one to preeclampsia, or who have health problems related to preeclampsia, have sometimes opted to hire a Baltimore maternal hypertension attorney and file a medical malpractice lawsuit. They would typically argue that (1) the doctor and associated medical staff had a duty of reasonable care that (2) they breached when they took an action, or failed to take an action, that resulted in a worse situation. (3) As a result of the breach, the mother and/or child was injured, and (4) as a result of the injury, the mother and/or child suffered damage.