The Supreme Court of Mississippi recently released a decision dismissing a medical malpractice case in Ferguson v. University of Mississippi Medical Center because the plaintiffs committed discovery violations by giving false testimony in several depositions. Although the false testimony didn’t involve the defendants’ alleged negligence in causing the death of the plaintiffs’ family member, the highest state court in Mississippi ruled that the plaintiffs’ dishonesty regarding their own criminal histories and their knowledge of the existence of other family members of the deceased who may have been entitled to recovery was egregious enough to warrant that the case be dismissed. Because of the plaintiffs’ dishonesty and the recent ruling dismissing the case, nobody will receive compensation for the defendants’ alleged malpractice.

The Family Waited for Hours, But the Deceased Received No Treatment from the Defendant Hospital 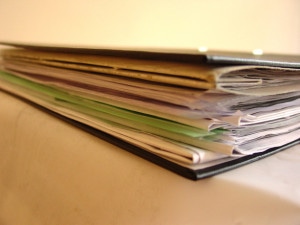 The case was initially filed after the death of the son/brother of the plaintiffs, who experienced a medical emergency in September 2008 and was transported by ambulance to the defendant hospital. According to the ruling, the plaintiffs and the decedent waited for hours at the defendant hospital, but he received no treatment in spite of his serious condition. The plaintiffs eventually took the man to a different hospital, where he immediately received treatment. However, he died two days later of kidney failure, which allegedly could have been prevented if the man had received treatment at the hospital he was taken to first.

The Family Files Suit but Falsifies Testimony on Several Occasions

The family filed a medical malpractice lawsuit against the ambulance company and the first hospital to which the man was brought, alleging that their failure to properly diagnose and treat the seriousness of the man’s condition resulted in his preventable death. Without consulting their attorney for advice, the plaintiffs gave false statements in a deposition regarding their criminal history, and they also denied the existence of another brother of the victim who should have been included in the case to receive part of a settlement or award. Because of the false testimony, the defendants were forced to do additional research to obtain credible information for the case.

The Defendants Successfully Have the Case Dismissed at Trial, and the Supreme Court Agrees

After discovering the plaintiffs had given the false testimony, the defendants asked the court to throw out the case, and the request was granted. On appeal to the Mississippi Supreme Court, the decision was affirmed. The high court analyzed other situations when false testimony was given in similar cases, and it found that the plaintiffs’ attempt to subvert the legitimacy of the judicial process justified the trial court’s decision to throw out the case. Because of this ruling, the possible negligence of the defendants becomes irrelevant and will not be investigated or punished, and nobody will receive compensation for the tragic death of their family member.

Plaintiffs Must Be Straightforward and Honest with Their Attorneys

The lesson that can be learned from this case is the importance for medical malpractice plaintiffs to be completely honest with their attorneys about the facts and testimony in a malpractice or wrongful death case. If the plaintiffs in this case had been honest with their attorney and in the depositions, their chances of compensation would not likely have been hurt by the information they tried to hide. However, by lying under oath, they have completely eliminated any chance of recovery. Plaintiffs must be honest with their counsel about all aspects of a case, especially any factors that the plaintiff feels may bear negatively on the case. A qualified Maryland medical malpractice attorney will have a better chance of being successful if they are prepared to respond to harmful allegations against their client or case, which means their clients need to answer all questions with complete honesty

If you or someone you love has become ill, been injured, or died while under the care of a doctor or hospital, you may be a victim of negligence and be entitled to compensation. The knowledgeable Maryland medical malpractice attorneys at Wais, Vogelstein, Forman, Koch & Norman have decades of experience handling difficult malpractice cases, and we will fight for the compensation you deserve. We represent victims of medical malpractice in the Baltimore and Washington, D.C. area, as well as nationwide. Contact the qualified Maryland and D.C. malpractice attorneys at Wais, Vogelstein, Forman, Koch & Norman today. Call us at (410) 567-0800 or contact us through our website to schedule a risk-free consultation.