Earlier this month, the Supreme Court of Utah held that it was not proper for a medical malpractice plaintiff to submit evidence of the defendant doctor’s prior felony conviction for the distribution of prescription medication. In the case of Robinson v. Taylor, the plaintiffs were the children of a man who was being treated by the defendant doctor for chronic back pain. 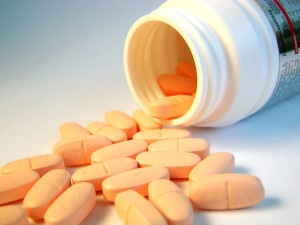 The evidence submitted at trial showed that the defendant doctor had treated the plaintiffs’ father for about three years, prescribing an escalating dose of potent painkillers. Eventually, the plaintiffs claim that their father developed a tolerance to the medication and required stronger medication and more of it. At one point, the doctor prescribed their father a daily dose of 140 milligrams of methadone.

About a week after their father was provided this prescription by the defendant doctor, the man was found dead in his home. The medical examiner listed the cause of death as “acute methadone toxicity.” The man’s children filed suit against the doctor, alleging that his malpractice resulted in the death of their father.

The Defendant’s Prior Conviction Comes Out at Trial

At trial, the defendant claimed that his oral instructions to his patient were not those that were listed on the prescription and allegedly resulted in the man ingesting a toxic dose of methadone. In response to that, the plaintiffs sought to introduce evidence of the defendant’s recent felony federal drug conviction, for which he was currently being incarcerated. Apparently, the doctor had met someone in a parking lot and sold prescriptions for painkillers for cash. The judge allowed the evidence to be considered.

After hearing the evidence, the jury found in favor of the plaintiffs and awarded them $3 million in general damages and another $300,000 in punitive damages. The defendant appealed, arguing that the admission of his prior felony conviction was prejudicial error.

The court also noted that the prejudicial effect of providing this evidence to the jury likely outweighed any probative value the evidence had in the trial at issue.

Have You Been the Victim of Maryland Medical Malpractice?

If you or a loved one has recently been the victim of medical malpractice in the State of Maryland, you may be entitled to monetary compensation. However, beware that the rules of evidence may not allow you to submit every relevant detail to the judge or jury. While this case arose in Utah, the rules of evidence are similar across the country, and the very same issue can arise in Maryland courts. Make sure that you don’t make a misstep that costs you the trial. Consult with a dedicated Maryland medical malpractice attorney today by calling (410) 567-0800. Calling is free and requires no commitment from you.