Earlier this month in New Orleans, the mother of a severely disabled boy filed suit against the treatment facility in which her son was staying, alleging that the neglectful treatment he received while staying at the facility led to his excessive pain and suffering, as well as unnecessary trips to the emergency room. According to one local news source, the woman points to four different times that her son was rushed to the emergency room, alleging four separate instances of medical malpractice. 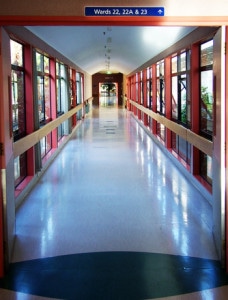 Evidently, the treatment facility where her son was staying specialized in caring for severely disabled children. Her son had been staying at the facility for the past six years and was doing fine for much of that time. However, after a recent change in the administration that occurred in 2012, the woman noticed the deteriorating condition of her son.

The woman claims that, since the change in the administration, her son has needed emergency treatment no less than four times. There was one situation in which the boy suffered an apneic episode requiring positive pressure ventilation. In their response to the charges, the nursing facility claimed to have treated the boy during the period in question. However, the mother claims that was impossible because on the day the facility claims he was seen, he was actually checked in to the hospital.

Proving cases against neglectful nurses can be difficult, since often there may be multiple diagnoses in play, and it may not always be easy to determine which injuries were caused by a lack of care and which injuries were caused by a pre-existing illness or disease. However, the law does make allowances for the separation of the two, and it permits the families of people injured due to nursing home negligence to recover for injuries caused by a nurse’s neglectful or abusive care.

If you or a loved one has recently been the victim of medical malpractice, you may be entitled to monetary compensation for what you have been through. Depending on the surrounding circumstances, you may be entitled to compensation for your medical bills, future medical expenses, lost wages, decrease in earning capacity, and any pain and suffering you endured as a result of the incident. To learn more about medical malpractice actions in Maryland, and to speak with a skilled personal injury advocate about your case, call the law offices of Wais, Vogelstein, Forman, Koch & Norman at (410) 567-0800 to set up a free consultation. Calling is free, and you are not obligated to continue forward with your case unless you wish to do so.