The parents of a boy who developed severe brain damage, causing epilepsy and autism, after he was allegedly prematurely released from the hospital hours after his 2002 birth have been awarded a $31.3 million payout after a long battle and malpractice trial. After the verdict was released, the hospital that was responsible for the boy’s injuries finally offered an apology for their negligence, vindicating the family who has spent the last 13 years struggling with their son’s condition and blaming themselves for his injuries. 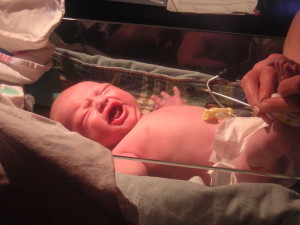 According to one local news article, the boy’s mother was forced to quit her career and become the boy’s full-time caretaker, since he has the mental capacity of an 18-month-old child, which will never significantly improve. The judgment awarded to the family will allow them to support themselves and their son and help alleviate the giant burden placed on the family as a result of the medical negligence that led to the boy’s tragic injuries.

Mistakes Made after Birth

On April 7, 2002, a family in the U.K. was thrilled to give birth to an apparently healthy child, and they were unaware of any problems with his birth. Doctors instructed the family that the boy was healthy and could return home the day following his birth, and the family happily brought their new son home to meet his siblings.

Hours after they returned home, the boy started having seizures. Unbeknownst to the family, he had been released from the hospital with dangerously low blood sugar, and his brain was unable to function properly. The family rushed the boy to the hospital, but it was not in time to prevent his brain from becoming severely damaged as a result of the hospital’s negligence. After the boy was released, the hospital denied any responsibility for the problems, and the family wasn’t made aware that their son was released prematurely until they consulted a second doctor. They eventually filed suit.

Medical providers and hospitals have a legal responsibility to provide adequate care to mothers who are giving birth, and this includes performing the necessary tests on babies before discharging them. Unfortunately, mistakes are made, and babies develop crippling injuries and permanent disabilities as a result. Victims of medical negligence can seek damages by consulting a birth injury attorney and filing a medical malpractice lawsuit.

If you or a loved one has had a child with disabilities that may have resulted from a negligent delivery or inadequate aftercare, a birth injury lawsuit may be effective in obtaining compensation for the damages you or a loved one has suffered. The dedicated birth injury attorneys at Wais, Vogelstein, Forman, Koch & Norman can help you get the damages you deserve. We focus our practice on birth injury cases, and we can help you hold responsible parties accountable for your child’s injuries. Contact the experienced birth injury lawyers at Wais, Vogelstein, Forman, Koch & Norman today. Call us at (410) 567-0800 or contact us through our website to schedule a risk-free consultation.