A woman has begun legal proceedings against a law firm she hired to handle her medical malpractice claim. According to a news report the woman has filed a suit against the law firm and is seeking over $50,000 worth of damages. The woman first developed a relationship with the law firm when she was bringing a lawsuit against a hospital and a doctor. Evidently, the woman was left disabled and disfigured after undergoing a surgical procedure performed at the hospital. The woman brought a lawsuit against the entities. Claiming that she was entitled to damages for her medical bills, pain and suffering, and lost wages. 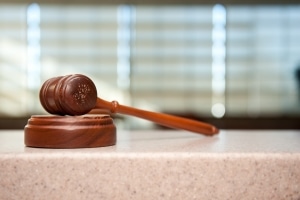 Evidently, the law firm representing her failed to file a pertinent and necessary legal document. As such, the woman’s suit was dismissed with prejudice. This has resulted in the inability of the woman to sue the surgeon who performed the surgery. The woman is now bringing a legal malpractice suit against the law firm that she claims acted negligently.

Maryland Statues and Rules Regarding Medical Malpractice Claims
If you have been injured and suffered damages because of the negligence of a medical provider, you may consider bringing a personal injury claim against the professional and the organization they work for. However, it is important that you abide by all rules and regulations concerning the necessary filings and statute of limitations.

In Maryland, medical malpractice claims need to be filed within five years of when the negligence occurred. However, in some situations people do not discover the malpractice until years after the actual act. In those cases, the suit needs to be filed within three years of when the person discovered the negligence. There are differing rules for those under the age of majority.

Necessary Filings in Maryland and Competent Counsel
As the above case illustrates, it is very important to have competent counsel when you are bringing a claim of this nature. In Maryland, there are several rules that guide the filings in these types of claims. For example, a certificate of merit from a medical expert must be filed within 90 days of filing the complaint.

In the above case, the plaintiff is alleging that because of the failure to file the complaint she has suffered damages. If the attorneys filed the necessary requirements, it is possible that the woman could have had a favorable outcome in her suit against the hospital and doctor.

Have You Been Injured Due to the Negligence of a Medical Professional?

If you or a loved one has been injured or died because of the negligence of a medical professional, you may consider bringing a lawsuit against them. These cases can be complex because they require the strict adherence to all filing deadlines and statutes of limitations. The attorneys at Wais, Vogelstein, Forman, Koch & Norman are dedicated, competent, and responsible. They will ensure that you have zealous representation. If you have been injured, you may be entitled to monetary compensation for your injuries. Contact the attorneys at Wais, Vogelstein, Forman, Koch & Norman at (410) 567-0800 to schedule a free initial consultation.