Until very recently, any injury that occurred due to the medical negligence of a cruise ship employee could not be held against the cruise line. However, in a recent case, the Eleventh Circuit Court of Appeals reversed course, allowing passengers who suffered from the medical malpractice of a ship’s doctor or nurse to seek compensation from the cruise line. 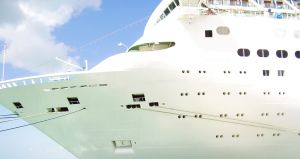 In the case of Franza v. Royal Caribbean, the court heard a case where an elderly man fell aboard a cruise ship and “bashed” his head. Upon seeking medical treatment for his injuries, the man was briefly seen by the ship’s nurse, who did not realize or address the seriousness of the man’s injuries. The nurse simply told the man that he “may have a concussion” and asked his wife to keep an eye on him. He was sent back to his cabin after the visit.

It was not until four hours later that the ship’s doctor visited the man. Due to the exacerbation of his injuries, the man died a week after the injury. In response to the man’s injury and the level of care he was provided on the ship, the man’s daughter brought a wrongful death action against the cruise line. However, due to a case from back in 1988, the lower court dismissed the woman’s case, explaining that a ship line is not responsible for the medical negligence of one of its employees.

On Appeal to the Eleventh Circuit
The Eleventh Circuit Court of Appeals reversed the lower court’s decision, allowing the plaintiff to bring her claim. The court explained that “the evolution of legal norms, the rise of a complex cruise industry, and the progression of modern technology have erased” the need to provide cruise lines immunity from suits arising out of their employees’ medical negligence.

The Effect of the Case on Maryland Plaintiffs
This is a favorable case for all Maryland medical malpractice plaintiffs because it opens up an avenue of recovery that was previously foreclosed by the courts. While this case is technically only binding law in the jurisdictions in the Eleventh Circuit, Florida is one of the covered jurisdictions. Since many cruise lines are based in Florida and depart from Florida ports, this case carries the potential to be very influential.

Have You Been Injured By a Physician’s Malpractice?

If you or a loved one has recently been injured by a physician’s negligence, regardless of whether it was in a hospital or at sea, you may be eligible for monetary compensation for your loss. However, keep in mind that physicians almost always have malpractice insurance that will provide them with counsel for their defense. It is therefore very important that you secure dedicated counsel of your own to ensure that you are not taken advantage of. To learn more about medical malpractice cases, and to speak to an attorney about your potential case, call (410) 567-0800 today to set up a free initial consultation.