Two psychiatrists from Virginia Beach are facing discipline and possible legal liability for allegedly improperly diagnosing and treating a man for attention deficit disorder and failing to monitor his use of the prescription drug Adderall, ultimately contributing to his 2011 suicide. The man’s family and the Virginia Board of Medicine allege that the doctors wrongly diagnosed the patient with attention deficit disorder without adequate basis, and prescribed him increasing doses of Adderall in spite of signs of drug abuse and more serious mental illness that would require other treatment. 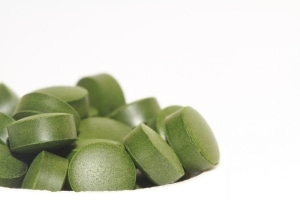 According to an article by The Virginian-Pilot, the patient was diagnosed by the defendant with attention deficit disorder, although he exhibited symptoms of other psychological disorders. An investigator from the Virginia Board of Medicine has said that the attention deficit disorder diagnosis was not accompanied by any documentation of the man’s symptoms or psychological history. The defendant prescribed the patient Adderall, a commonly used stimulant. Although Adderall has a high potential for abuse and addiction, the doctors allegedly did not monitor or manage the patient’s use of the drug. According to the article, the man’s parents notified the doctors throughout his treatment that they feared their son was addicted to the drug and showing paranoid and delusional behavior, but the doctors continued to prescribe the drug, even increasing the dose at the patient’s request. In October 2011, the man’s prescription was abruptly cut off by the doctors, and he committed suicide on November 8, 2011 at 24 years old.

The Dangers of Misdiagnosis and Improper Treatment of Attention Deficit Disorder
In the last few decades, the diagnosis of attention deficit disorder has become more and more common, and the prescription of Adderall, the drug most frequently used to treat ADD, has increased substantially. While Adderall works well for treating the symptoms of attention deficit disorder, it is an amphetamine-based stimulant and has a very high risk of addiction. If patients are misdiagnosed with attention deficit disorder, they can become addicted to Adderall unknowingly. If a misdiagnosed patient stops taking the drug abruptly or is cut off, it can lead to depression, other personality problems, and possibly suicide. Because of this, it is important for patients being treated with Adderall to have their use of the drug and mental health strictly monitored. Prescribing doctors have a duty to be observant for signs that the drugs they prescribe aren’t working properly or are being abused. Unlike the doctors in this case, many doctors use pill counts, contracts, or urine tests to help ensure that the Adderall they are prescribing is being used as intended. The doctors will go before the Virginia Medical Board in September to determine if further administrative action will be taken against them, and the parents’ civil malpractice lawsuit is scheduled for trial in July 2015.

Responsibility for the Consequences of Misdiagnosis and Mistreatment
Patients see doctors every day and rely on their expertise to make decisions for their medical care. When a doctor prescribes a course of treatment, there is an expectation that he or she will follow up with the patient and modify the treatment if necessary. A doctor’s obligation to evaluate the effects of ongoing treatment is more important when the prescription of dangerous or addictive drugs is involved. If a doctor in our state fails to recognize or warn of a serious side effect to a drug that is being prescribed, and a patient suffers harm from taking the medicine, the doctor can be held liable in a Maryland medical malpractice lawsuit for the damages that resulted from the improper treatment.

Are You a Victim of Medical Malpractice
If you think that you or someone you love was misdiagnosed or improperly prescribed a medicine, and suffered injury or death as a result, the dedicated Maryland malpractice attorneys at Wais, Vogelstein, Forman, Koch & Norman are ready to discuss your case at no cost to you. We have the experience that you need to stand up to the lawyers for the doctors, insurance companies, and hospitals that will be defending your claim. We know what it takes to get a fair settlement, and we’re not afraid to go to trial and fight for a jury verdict if a settlement offer is not fair.