Over the last several years, random drug testing of licensees and employees has become increasingly common in various industries and professions around the country. Earlier this month, California announced a ballot initiative in which voters will decide if doctors should be required to submit to random drug tests.
According to a New York Times article from earlier this month, California will be the first state to propose this type of testing, which could become more common throughout the country in the future. According to the article, the proposal was merged into a ballot initiative that would raise the medical malpractice award limit in California for the first time since 1975, from $250,000 to $1.1 million. Advocates for the proposal argue that random drug testing would help to hold doctors accountable for their decisions. Moreover, they justify raising the malpractice award limit by pointing to continuing inflation and the increase in medical costs in the last 39 years.

The Various Types of Medical Malpractice 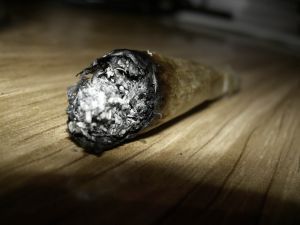 When thinking about medical malpractice, an intoxicated doctor is not usually the first thing to come to mind. Medical malpractice can occur in several ways, including if injury occurs as the result of a doctor misdiagnosing an illness, failing to notice or warn a patient about the potential risks and side effects of a course of treatment, or undergoing a course of treatment that the doctor is not reasonably able to perform safely. If a doctor is intoxicated while treating a patient, and the patient is injured from the doctor’s mistake, there is a high likelihood that the doctor committed malpractice, although proving the case may not be easy.

How to Win a Medical Malpractice Lawsuit

A successful malpractice case requires proving that the doctor’s breach of a duty to the patient is what resulted in an injury. It is imaginable that if a doctor had a small amount of a controlled substance in his or her body, and a patient was injured, proving that the doctor was intoxicated and that the intoxication contributed to the injury would be difficult if doctors are not required to be tested. If a law is passed requiring random testing, testing in the event of a patient injury, or testing if a hospital suspects drug abuse, it would result in an assumed duty by the doctor not to treat a patient while intoxicated. Although this duty already exists, required testing will increase the likelihood of doctors being held responsible for such a breach, and it is more likely that a medical malpractice lawsuit against the doctor would be successful.

The Effect of this Initiative on Patient Advocates and the Medical Industry
According to the article, this battle is being watched by doctors across the country and the national medical industry, and they have invested over $35 million to defeat the initiative. If the initiative becomes law, it may start a pattern for similar laws across the country and require the same accountability from doctors as is required from pilots, truck drivers, and other risky occupations. When a patient injury occurs unexpectedly, no potential cause should be ruled out, and medical providers that allow malpractice to occur must be held responsible for their actions.

Have You Been Injured When Suspect Drugs or Alcohol are Involved?

Although this proposal is not the law yet, and would only apply to California initially, a medical malpractice lawsuit can still be successful nationwide against an intoxicated doctor. If you or someone you love has been injured in the care of a doctor or other medical provider and suspects that drugs or alcohol are involved, the medical malpractice attorneys at Wais, Vogelstein, Forman, Koch & Norman want to discuss your case and see if we can help. We have offices in Baltimore, Maryland and Washington, DC, but we represent patients nationwide in malpractice cases. We know what it takes to get fair compensation for your loss, and we’re not afraid to go to trial and fight for a verdict if a settlement offer is not acceptable. Contact us through our website or call (410) 567-0800 today and schedule a free consultation.