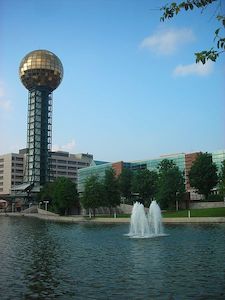 An appellate court in Knoxville, Tennessee considered a family’s claim that the trial court erred by denying their motion for new trial. The family alleged that the trial court failed to perform its duty to act as “the thirteenth juror” when reviewing the evidence. Under Tennessee law, a trial court has a duty to set aside a jury verdict, usually after a party files a motion for new trial, if the verdict is “against the weight of the evidence.” In the present case, Murdock v. Ft. Sanders Reg. Med. Ctr., the court affirmed the jury verdict. The court’s opinion considers the evidence presented by both sides at trial, where the main issue in dispute was whether the plaintiffs’ child suffered birth injuries due to meconium aspiration or a bacterial infection.

The plaintiffs’ child was born by Cesarean section at Fort Sanders Regional Medical Center (FSRMC) in Knoxville. She was reportedly in “respiratory distress” at birth, and lack of oxygen allegedly resulted in severe brain damage and mental retardation. The trial court saw video footage of the child, who is now an adult, showing that she continues to function at the level of a young child.

Her parents sued FSRMC and the obstetrician who performed the delivery, both on behalf of their daughter and individually, alleging that her injuries were caused by meconium aspiration syndrome (MAS), by which an infant inhales meconium, or fetal stool, prior to and during birth. They alleged that the defendants were negligent in failing to recognize and diagnose MAS and failing to provide prompt treatment for the child’s obstructed breathing.

The defendants denied any negligence or liability. They argued that the child’s condition resulted from a bacterial infection that was beyond their control. The mother’s membranes allegedly ruptured several hours before the child was delivered, which allowed bacteria to enter the uterus and infect the fetus. Neither side offered testimony that delivery should have been performed earlier or that any other treatment should have been provided, so the court concluded that no one was alleging negligence due to the delay between the rupture of membranes and the C-section.

After a trial, the jury returned a unanimous verdict in the defendants’ favor. The plaintiffs moved for a new trial. In its role as “thirteenth juror,” according to Tennessee law, the trial court had a duty to weigh the evidence independently of the jury’s verdict. If it was not satisfied with the verdict, it had a duty to vacate the verdict and order a new trial. Maryland law has no precise equivalent to this rule, but it does apply similar standards for considering a motion for new trial.

The trial court ruled that the jury’s verdict in Murdock was supported by the evidence. The plaintiffs’ appeal questioned whether the trial court fulfilled its “thirteenth juror” duties, particularly whether it showed improper deference to the jury’s findings of fact. The appellate court found that the trial court’s re-weighing of the evidence was sufficient, and that it did not err by affirming the jury verdict.

At Wais, Vogelstein, Forman, Koch & Norman, our team of birth injury attorneys fights for the rights of people in Maryland and Washington, D.C. who have suffered injuries due to the negligence of medical professionals. To speak to a knowledgeable advocate about your birth injury or other medical malpractice claim, please contact us today online, at (410) 567-0800 in Baltimore, or at (888) 952-9669 in Washington DC for a free and confidential consultation.