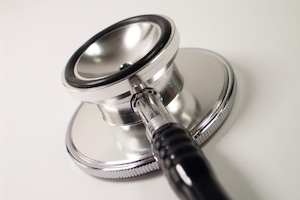 Maryland’s highest court reversed an order dismissing a wrongful death claim alleging that a doctor failed to diagnose and treat the decedent’s cancer in a timely manner. The circuit court in Mummert v. Alizadeh held that the plaintiffs had not filed their claim within the time limits set by Maryland law for medical malpractice suits. The Court of Appeals disagreed, finding that the time limit in a wrongful death claim begins to run from the date of death, not the date of the act or omission that allegedly caused the death.

The decedent, Margaret Varner, became the patient of the defendant, Massoud B. Alizadeh, M.D., in 1997. She saw him regularly between 1997 and 2004, during which time she experienced considerable weight loss and various gastrointestinal difficulties. The defendant reportedly never ordered any lower GI examinations until he referred her for testing in May 2004. She was diagnosed with Stage IV colorectal cancer that had spread to her liver. She sought treatment, but the cancer eventually spread to her spine and caused her death in March 2008.

Varner’s family filed a claim with Maryland’s health care arbitration office in March 2011, followed by a lawsuit in Washington County Circuit Court for medical malpractice and wrongful death. The defendant moved to dismiss the claims, arguing that they were time-barred. The circuit court granted the motion in December 2011. The Court of Appeals agreed to consider two questions: (1) whether a wrongful death claim depends on the decedent’s ability to bring a personal injury suit at the time of death; and (2) whether the time limits for a medical malpractice claim, which begin on the date the injury occurred or was discovered, apply in wrongful death cases.

The defendant’s argument regarding the first question centered on Maryland’s definition of wrongful death found in § 3-901(e) of the Courts and Judicial Proceedings Code, which states that the act causing death would have given the decedent the right to recover damages “if death had not ensured.” The defendant contended that this meant that, for the court to sustain the plaintiff’s wrongful death suit, they would have to prove that Varner had a viable claim for medical malpractice the day she died. The court acknowledged the ambiguity of the statute’s language, but dismissed the defendant’s argument as one leading to “an illogical, and absurd result.”

The second question involved the statute of repose found in § 5-109(a)(1) of the same code, which requires a plaintiff to file a medical malpractice claim within five years of the alleged malpractice. The defendant argued that, since the latest that he could have committed malpractice was in 2004, the claim was barred after 2009. The court rejected this argument, noting that the statute specifically mentions “action[s] for damages for an injury,” and therefore finding that § 5-109 does not apply to medical malpractice claims that are part of a wrongful death lawsuit.

For over twenty years, Wais, Vogelstein, Forman, Koch & Norman’s medical malpractice attorneys have fought for the rights of Maryland patients and their families, helping them recover damages for injuries and other losses caused by the negligence of doctors and other medical professionals. We have recovered millions of dollars in damages for our clients through verdicts and settlements. We are available 24/7 and can visit you in your home or at the hospital. To schedule a free and confidential consultation to discuss your case, contact us today online, at (410) 567-0800.