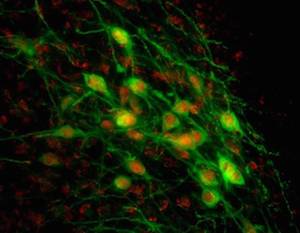 A tragic situation in California has led to a discussion about the medical and legal definitions of death, and how they affect people’s rights in legal proceedings. Under most state laws, “death” occurs once a physician declares that either circulation and breathing or brain activity have permanently ceased. This definition has led to controversy in several high-profile cases, such as when family members deny that death has occurred while the hospital disclaims further responsibility to care for the patient. The definition of death can also play a role in civil claims for medical malpractice and other legal matters.

The family of thirteen year-old Jahi McMath successfully obtained an order from a California court in late December 2013 keeping her on life support. Complications occurred after she had tonsillectomy surgery on December 9. She suffered severe blood loss and cardiac arrest, and was declared brain-dead on December 12. She was reportedly unable to breathe on her own, had no blood flow to her brain, and showed no brain activity. The hospital announced its intention to disconnect her life support, stating that it had no further obligation to provide medical care.

McMath’s family did not accept that she was dead, and filed suit in state court seeking to compel the hospital to keep the girl on life support. The court granted a temporary restraining order in late December. The hospital agreed to allow a critical care team to move the girl in early January. Her mother stated in late February that she is physically improving, while doctors and other medical professionals maintained that such improvement was impossible.

The family’s position is reportedly based on religious beliefs, while the hospital cited medical and legal definitions in defending its determination of death. Advocates for the family are challenging the current system, in which hospitals and doctors determine when death has occurred. California’s current law states that death occurs with “irreversible cessation” of either “circulatory and respiratory functions” or “all functions of the entire brain, including the brain stem,” as determined “in accordance with accepted medical standards.” Maryland’s statute uses identical language regarding respiratory, circulatory, and brain functions, but requires the determination of death to be “based on ordinary standards of medical practice.”

The legal definition of death can play an important role in a medical malpractice claim. No recent Maryland case has cited its statute providing that definition, but courts in other states have considered how this definition affects questions like standard of care and causation. In Hawkins v. DeKalb Medical Center, a woman was pronounced dead after a head trauma. Her mother disputed the hospital’s determination of brain death and sued for wrongful death and other tort claims, alleging that the hospital breached its standard of care by failing to provide life-saving care. The Georgia Court of Appeals ruled in favor of the hospital and doctors. It cited Georgia’s statute regarding pronouncement of death, which is very similar to Maryland’s statute, in ruling that the defendants made a good-faith determination of brain death and therefore had no further duty of care towards the patient.

For over twenty years, Wais, Vogelstein, Forman, Koch & Norman’s medical malpractice attorneys have fought for the rights of Maryland patients and their families, helping them recover damages for injuries and other losses caused by the negligence of doctors and other medical professionals. We are available 24/7 and can visit you in your home or at the hospital. Please contact us today online, at (410) 567-0800