A new report, based on a series of international studies, finds that boys are just slightly more likely to be born prematurely than girls, and also tend to have worse outcomes. This was true regardless of the country of their birth. 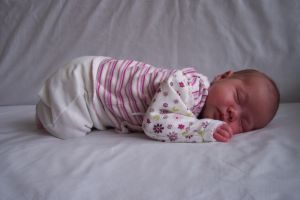 While the difference between boys and girls is not large – for instance, only 55% of premature births in 2010 were male – it remains a mystery as to why this is the case.

The studies were done in order to account for why 15 million babies around the world are born early, most in Africa and parts of Asia, where survival is considered to be more difficult. Of these babies, one million die each year due to premature birth and another one million die from conditions where premature birth represents an additional risk.
Of those that survive, seven percent develop one of two severe disabilities: either neurological impairment that ranges from learning problems to cerebral palsy or loss of vision. Babies born before 28 weeks have the greatest risk of disability and death; just over half, 52%, have some sort of neurodevelopmental disorder.

Babies born in countries that lack the wealth of the United States face twice the risk of impairment. Furthermore, many countries lack basic knowledge about how to treat premature babies — in China, for instance, babies’ lives are being saved, but they end up losing their vision due to being given excess oxygen at birth, which causes the blood vessels in their retinas to grow abnormally, and for the retinas to eventually detach. This condition is known as retinopathy of prematurity.

As for why male babies are more likely to be born premature and to be vulnerable, some experts point out that it is because female babies develop more quickly, both inside and outside of the womb. The difference in a few days of gestation can make a big difference as to whether a baby develops a health problem. At the same time, it is still a mystery as to why women pregnant with boys are more likely to have abnormalities in the placenta and high blood pressure.

In countries with low incomes, babies are 10 times more likely to die than to live with a disability. Meanwhile, in the United States, more than 80% of babies born premature end up surviving and doing well. The March of Dimes noted that the rate of premature birth this past year was 11.5%, slowly inching downward, but still higher than in other high-income countries, due to the until-recent trend of elective Caesarians.

It is encouraging to see attempts to amend the problem of premature births. When a baby is born can make a great difference in how he or she lives the rest of their lives. At the same time, physicians and medical staff have a responsibility to ensure that they provide proper care and deliver babies safely. When they fail to do so, the injured party’s family has the option of filing a medical malpractice lawsuit (in Maryland, a minor who suffered a birth injury has until the age of 21 to file). If you live in Maryland or the Washington, D.C. area and have a loved one who suffered a birth injury, contact a Baltimore birth injury attorney today.

By Wais, Vogelstein, Forman, Koch & Norman, LLC | Posted on December 21, 2013
« West Virginia Hospital Settles Birth Injury Case for Confidential Amount
Misdiagnosis is the Leading Cause of Medical Malpractice Claims and May Contribute to Up to 40,000 Annual Hospital Deaths, According to Studies »