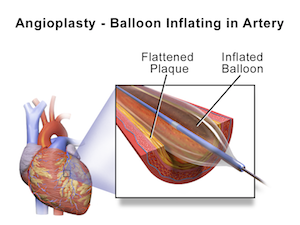 A federal district court in Maryland denied motions to dismiss a lawsuit alleging medical malpractice and fraud against a cardiologist and the medical center where he treated the plaintiff. The defendants claimed that the plaintiff in Peacock v. Peninsula Regional Medical Center, et al did not file his lawsuit within the time limit set by Maryland state law. The court found that, under the plaintiff’s specific circumstances, he filed the lawsuit within the required time period. It allowed the case to proceed to the discovery phase, allowing for the possibility that the defendants could still prove that the lawsuit was not timely.

In 2007, the plaintiff learned about a fraud investigation based on allegations that Dr. McLean performed unnecessary cardiac testing and treatment on his patients. The plaintiff called a phone number provided for PRMC patients, and a PRMC representative informed him that his procedures were, in fact, necessary. The plaintiff took no further action on the matter until September 2011, when the U.S. Department of Justice sent him a letter stating that his medical records suggested he had received unnecessary treatment from Dr. McLean. A federal judge sentenced Dr. McLean to eight years in prison for fraud in November 2011. The plaintiff filed suit against Dr. McLean and PRMC in August 2012, asserting causes of action for fraud and medical malpractice.

Both Dr. McLean and PRMC sought to dismiss the lawsuit, claiming that it was not timely. Maryland law requires a plaintiff to file a medical malpractice lawsuit within five years of sustaining an injury. In situations where a plaintiff does not know about an injury right away, such as with injuries that take time to manifest, it allows the plaintiff to file within three years of the date when the plaintiff discovers the injury.

The last time the plaintiff received treatment from Dr. McLean was in July 2006, so the defendants argued that the statute of limitations expired in July 2011. The court had to determine when the plaintiff “discovered” the injury, and whether he exercised sufficient diligence after learning of the possibility of injury in 2007. It held that the plaintiff was reasonable in relying on PRMC’s representation to him in 2007 that his treatment was necessary, and that he did not “discover” his injuries until September 2011. The court noted, however, that this holding might only apply to PMRC, not Dr. McLean, but left that issue for another day.

Maryland patients have the right to compensation if they have suffered injuries because a medical professional breached their duty of care. The medical malpractice attorneys at Wais, Vogelstein, Forman, Koch & Norman have obtained verdicts and settlements in the millions of dollars for our clients. We are committed to providing you with the best possible legal representation. We are available 24/7 and can visit you in your home or at the hospital. Please contact us online, at (410) 567-0800 in Maryland, or at (888) 952-9669 in DC to schedule a free and confidential consultation.

By Wais, Vogelstein, Forman, Koch & Norman, LLC | Posted on September 27, 2013
« Recent Article Argues That Birth Injury Lawsuits Are Beneficial, While Tort Reforms May Be Harmful, to the Medical Profession
New Study Suggests That Maternal Weight Is Linked to Maternal Hypertension »