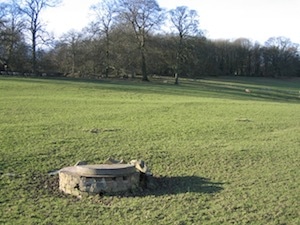 Maryland, along with many other U.S. states, imposes caps on the amount of noneconomic damages that juries may award in personal injury lawsuits. This limits the amounts that plaintiffs may recover for damages that are not directly related to the injury, such as pain and suffering or mental anguish. The cap has been lower for medical malpractice claims than other claims since 2005. Noneconomic damage caps can seriously impact the central purpose of a medical malpractice claim, which is supposed to be making the injured party, or the bereaved in a wrongful death claim, whole, because compensation for actual damages rarely represents the true cost of medical malpractice. The assistance of an experienced medical malpractice attorney is crucial to maximizing one’s rightful recovery in a Maryland lawsuit.

In personal injury claims, “noneconomic damages” include any “nonpecuniary injury,” such as pain and suffering, disfigurement, loss of lifestyle due to physical impairment or inconvenience, and a spouse’s claim for loss of consortium. Noneconomic damages in a wrongful death claim may include loss of companionship, support, or protection, as well as mental anguish and emotional damages. They do not include punitive damages, which may result from a particularly severe or egregious breach of a defendant’s duty of care. The cap on noneconomic damages for personal injury claims, other than medical malpractice claims, is defined in § 11-108 of Maryland’s Courts and Judicial Proceedings Article. The cap applies to all causes of action, both for injuries and wrongful death, arising from a claim. It began at $500,000, and it has increased by $15,000 on October 1 each year since 1995. As of October 1, 2013, the cap is $785,000.

The effect of Maryland’s non-economic damage cap is outrageous. By having a disparity between medical malpractice and other personal injury cases, the legislature has essentially pre-determined that your life is less valuable if a doctor kills you with his scalpel, as opposed to if he killed you with his car.

For more than two decades, Wais, Vogelstein, Forman, Koch & Norman’s medical malpractice attorneys have helped people in Maryland recover damages for injuries and losses caused by the negligence of doctors, nurses, pharmacists, hospital staff, and other medical professionals. We have recovered millions of dollars in damages for our clients, both through verdicts after trial and through settlements. We can visit you in your home or at the hospital. Please contact us at any time of day online, at (410) 567-0800 in Maryland, or at (888) 952-9669 in DC to schedule a free and confidential consultation.

By Wais, Vogelstein, Forman, Koch & Norman, LLC | Posted on September 27, 2013
« Recent Article Argues That Birth Injury Lawsuits Are Beneficial, While Tort Reforms May Be Harmful, to the Medical Profession
New Study Suggests That Maternal Weight Is Linked to Maternal Hypertension »